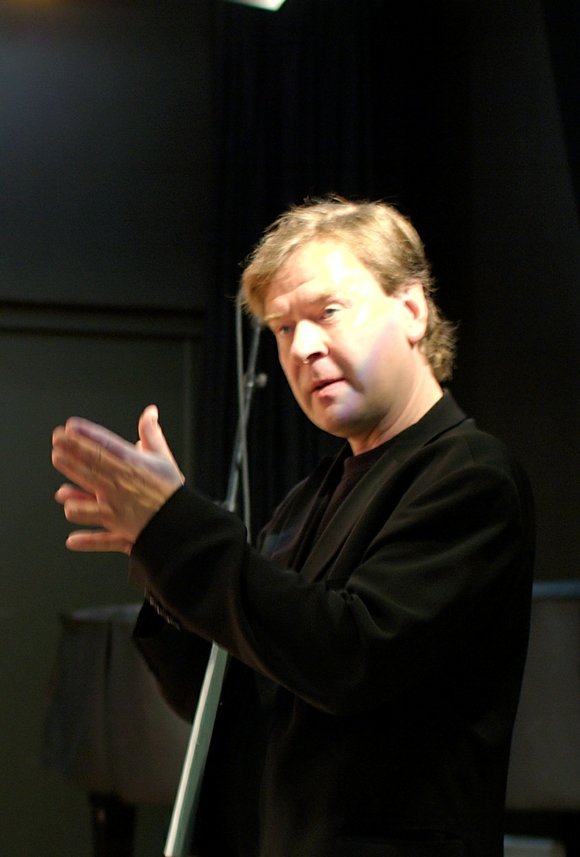 NEW YORK--New York Philharmonic Music Director Alan Gilbert conducted a stunning concert of Respighi's Vetrate di chiesa (Church Windows) and Stravinsky's captivating Le Sacre du printemps (The Rite of Spring). The first was extremely atmospheric and evocative of the serene image of church steeples and ornate windows cast against the bright awakening of dawn and the hushed silence of approaching evening. By contrast, Stravinsky's primal Rite of Spring, displayed the full array of the orchestras percussive powers and exceptional strength in the brass and woodwind sections.

The centerpiece of the concert, however, was the U.S. Premiere of Magnus Lindberg's Violin Concerto No. 2, in its U.S. Premiere, with the esteemed German violin virtuoso Frank Peter Zimmermann as soloist. Lindberg, formerly the New York Philharmonic's Composer-In-Residence (2009-2012) and currently in the same position with the London Philharmonic, was personally on hand to present an on-stage discussion of his piece with conductor Alan Gilbert and to welcome Zimmermann to the stage. In his remarks, Lindberg discussed the work's many difficulties and his collaboration with violinist Zimmermann in ironing out some of the rough spots. "There were parts of it that I had written for him that I thought would be difficult to work out," Lindberg said of the violin solos. "But Frank would always call me back and say, 'No,No. I think this can work!"

The proof of those words were evident as soloist and orchestra embarked on a probing journey through the labyrinth of Lindberg's challenging work. At times, there was a constant ebb and flow between the soloist and orchestra, with the violin leading the way. Zimmermann dispatched the complex series of stops and runs with ease, making even the most difficult parts seem like child's play. The orchestra, with Gilbert keeping a sprightly pace, seemed right in cadence, without rushing tempos. The overall effect was of lightness and movement, in spite of the obvious complexity of the music. The piece conveyed a wide ranging exploration of harmony and pitch which came off as engaging the audience, rather than holding them at arm's length.

Its been a couple of years since Gilbert conducted Stravinsky's The Rite of Spring. This time, he seems to have found an even deeper emotional connection to this powerhouse of a piece. There was a great deal of restraint in keeping an emotional lid on the thundering percussion and constantly shifting melodies before allowing the music to erupt in a series of ever-building crescendoes. Gilbert managed to find new gems hidden within this treasure of the modern repertoire. It was a thrilling ride, well deserving of the thunderous ovation which followed.