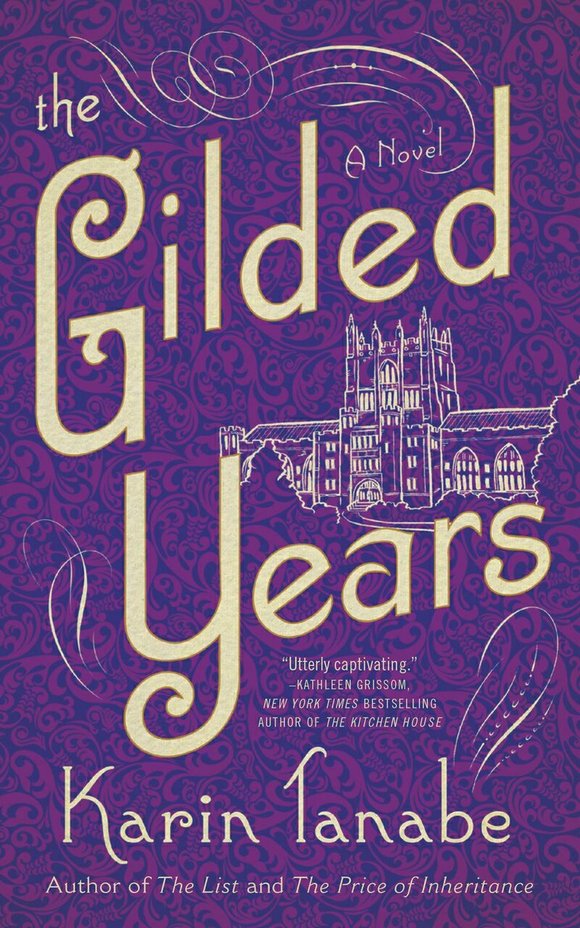 Always be true to yourself.

It sounds like a poster, a meme, or advice that’s always been in the background of your life. Putting on airs, pretending to be someone you’re not, keeping up the ruse, it’s harder than it looks – and besides, genuineness is a trait people like. Always be true to yourself – unless, as in the new book “The Gilded Years” by Karin Tanabe, temporarily living a lie could change your future.

For three years, Anita Hemmings had worked for this moment.

It was the fall of 1896, the first day of her last year at Vassar. She’d finally get to partake of the bittersweet rites that senior students enjoyed, and she anticipated a post-graduate future as a scholar of Greek studies, maybe even a professor. She studied hard and made what she hoped would be lifelong friends – but she was always careful.

She had to be.

Anita was African American. Vassar had an official ban on black students.

She’d been dreaming about attending Vassar since she was a little girl, but she’d been warned about their admissions policy. Even so, someone at her church told her to try anyhow; two of Anita’s ancestors were white, and her skin was “high yellow.” She could easily pass – but for four years?

Education was important to her family and, though it had taken a lot of diligence and care, Anita knew that graduation would be worth every night out denied, every study-session alone, each dance missed. It was all about to pay off.

And then she was assigned to be Lottie Taylor’s roommate.

Everybody on the East Coast knew the Taylor family, Lottie in particular. She was rich and beautiful, well-traveled and fun-loving. Lottie was never without her large wardrobe, her mischievous streak, or a beau, and she embraced Anita without question. She pulled Anita out of solitude, took her on trips, and introduced her to a life of wealth and comfort. And then Anita got a little too careless…

Alrighty then. I guess the next thing to do is to figure out who’ll play whom in the movie version of “The Gilded Years.” Yes, this is the stuff that Hollywood (and readers!) love because there really was an Anita Hemmings and she really did matriculate at Vassar by “passing”; in fact, she became that college’s first African American graduate.

In her afterword, author Karin Tanabe says she came across this story some years ago and decided that it needed telling. In doing so, she also pulls readers into the late Victorian age: a time of swooning femininity, burgeoning women’s consciousness, and racism that sizzled in places unexpected. As for the real Anita Hemmings, while Tanabe admits to taking slight literary license with her tale itself, readers can expect a wonderful, tightly-told semi-biographical period piece with an explosive pinnacle.

When you pack your bags for vacation, work, or just a day away, toss this book on the top. You’ll want to dive into it as much as possible, because “The Gilded Years” is truly a worthy read.