Webb Chevrolet in Plainfield hosting ‘Barbecue for the Troops’ this Saturday 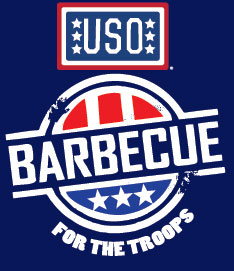 On Saturday, July 16, Webb Chevy in Plainfield is firing up the grill to host a community fundraising event with food and fun for all ages. The proceeds raised will directly support local military and their families.

This is the fourth year that Chicago-area dealerships have partnered with the USO of Illinois to host Barbecue for the Troops events.

The events have raised more than $260,000 to support USO of Illinois programs and services.

The event is an opportunity for dealers all over Illinois to give back to the communities where the serve their customers, said Chicago Automobile Trade Association (CATA) president Dave Sloan who said that members would be out in force Saturday to “rally support from their neighbors.”

In addition to BBQ the event will also include raffles and prizes.

Through the end of the month, Chevy dealers are also running a social media contest where fans can nominate a military member or veteran they believe deserves the ultimate backyard BBQ.

People are encouraged to share a photo and include a caption explaining the reason he or she deserves the event, using #BBQ4Troops. One lucky winner, and 50 of their friends, will receive the Ultimate Backyard BBQ including a personal cooking demonstration from Real Urban Barbecue chef and the chance to rub elbows with a Chicago Blackhawks player ambassador.

Visit Drive Chicago on Facebook for more details and to enter.

The full listing of ‘Barbecue for the Troops’ events is available at www.DriveChicago.com or www.usoofillinois.org.