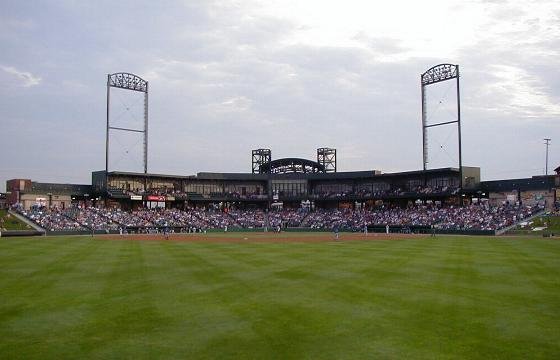 The Joliet Slammers presented by ATI Physical Therapy are

Tuesday, July 26 the home stand for the Slammers took on

Medical Professionals night. There was an in game industry-only raffle

available for individuals who showed their medical IDs.

Wednesday was one of two Day Camp Days left in the schedule. The second game

of the series was at 10:05 a.m. All day camps and summer programs were

welcomed out for the mid-morning game.

Thursday drink specials presented by Bud Light will be available, including

will be ticket giveaways throughout the game, including tickets to see

performing at the Hollywood Casino Amphitheatre this summer.

Christmas in July will be Friday, July 29 as the Slammers take on the River

City Rascals for the second series this home stand. Fans that bring a toy

another Slammers home game. Upon entering the stadium, fans will receive

Saturday, July 30 will be the 2011 Frontier League Championship Reunion.

of Frontier League champions. The first 500 fans to enter the stadium (21

Sunday is Fitness for All, along with a Double Feature Family Sunday. Kids

run the bases following the game presented by Andy’s Frozen Custard, and

on the video board following the 1:05 p.m. game, presented by Greater

Joliet Area YMCA. Tickets are free with a Slammers game ticket or $1 to the

CornBelters. Tuesday is another $2 Tuesday. The first 500 fans to enter the

Wednesday, August 3 is Grandparents Day at Silver Cross Field and the game

Country Thursday will be August 4 with a 7: 05 p.m. start time and will

Specials. There will be ticket giveaways throughout the game to see country

For tickets or questions on the promotional nights, fans can visit