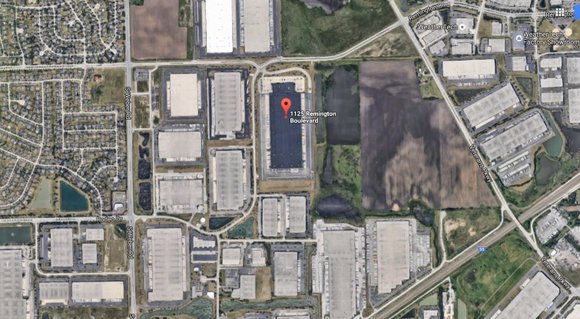 The Village of Romeoville and Amazon.com have announced plans for a new fulfillment center in Romeoville.

The online retailer will open a 750,000 square foot fulfillment center at 1125 Remington Blvd., in the Wyndham Industrial Park north of I-55.

Employees at the new warehouse will pick, pack and ship large items to customers such as big-screen televisions, sports equipment or kayaks according to a release sent from the village.

"We are excited to add this new fulfillment center in Romeoville," said Akash Chauhan, vice president of Amazon's North America Operations in the release.

"Expanding our footprint in Illinois brings hundreds and hundreds of full-time jobs with competitive pay and great benefits starting on day one to the state."

"We are pleased to welcome Amazon to Romeoville. We have very few vacancies, so we were fortunate that they found an existing building that met their needs," said Mayor John Noak.

"Amazon continues to have a major impact on our regional economy. We look forward to this partnership, as e-commerce is an important sector in our future growth."

Currently Amazon is modernizing the Remington site and anticipates to be fully operational by October 1st. The company said it will employ over 600 employees.

The news follows Amazon’s announcement in May that it would open a second fulfillment center in nearby Joliet. That expansion was expected to create 2,000 full-time jobs at the facility in addition to the 1,500 already employed at a Laraway Road warehouse that opened in October of 2015.

The online retailer is now hiring at the Romeoville fulfillment center.

Additional details can be found at www.amazon.com/mdwjobs.