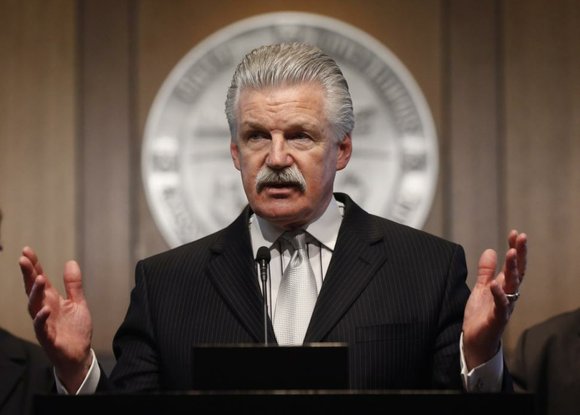 “Four years ago, I successfully prosecuted Drew Peterson for the murder of his third wife, Kathleen Savio.

He is now serving a 38-year prison sentence for a brutal act of violence that claimed the life of an innocent woman. Rather than accepting responsibility for his crime and serving his sentence, he has continued his illegal activities behind bars by plotting my murder, a crime which his recorded conversations show he would have been all too happy to take care of himself.

Today a jury once again has held him accountable for his unlawful actions.

I extend my heartfelt thanks to Illinois Attorney General Lisa Madigan for accepting this case for prosecution. Her assignment of Assistant Attorneys General Steve Nate and Bill Elward to work alongside Randolph County State’s Attorney Jeremy Walker established the first-rate prosecution team that secured today’s guilty verdict. On the investigative side, the Illinois Department of Corrections was critical to the execution of the overhears, and the FBI provided the cutting-edge technology that made these recordings possible. I would like to thank them all for protecting the integrity of our criminal justice system.”