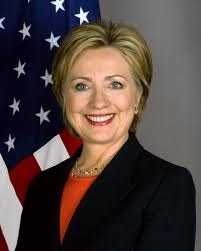 Hillary Clinton will be the keynote speaker, Monday, June 27, 2016, for the International Women’s Luncheon at the 50th annual Rainbow PUSH Coalition convention at the Hyatt Regency McCormick Place in Chicago.

chair of the luncheon and wife of Rev. Jesse L. Jackson, Sr., founder and

Fund where she did free legal work, to fighting easy access to guns to the

U.S. Senate to Secretary of State to now running for the highest office in

the United States, Hillary continues to lift as she climbs,” Mrs. Jackson

said. “She’s a history maker. We are honored to have her as our keynote

speaker and look forward to her address.”

Hundreds of women from across the city, country and world are expected to

attend the luncheon, which will honor another history making woman – Emmy

Tyson. *Ms. Tyson will be presented with the Rev. and Mrs. Jesse L.

Jackson, Sr., Legend Award for her dedication to excellence. It is the

first award in the couple’s name and will be given annually. Other awards