STALLINGS, KALEN D., 19, of 411 SHERMAN, arrested and charged with BURGLARY TO MOTOR VEHICLE.

EDWARDS, DEONTE, 18, of 1110 PARKWOOD DR., arrested and charged with AGGRAVATED ASSAULT and OBSTRUCTING A PEACE OFFICER.

EDWARDS, DARIUS, 19, of 1110 PARKWOOD DR., arrested and charged with OBSTRUCTING A PEACE OFFICER.

A criminal damage to property was reported in the 1400 block of Snapdragon Ct. Unknown person(s) damaged three windows of vehicle that was parked in the driveway of the residence.

A burglary from motor vehicle was reported in the 400 block of Dalhart. Unknown person(s) entered an unlocked vehicle parked in the driveway of the residence and took a wallet from the auto.

A theft over $500 was reported in the 900 block of Crossroads Pkwy. Unknown person(s) took a box semi-truck trailer valued at $7000.00 from the parking lot of the business.

A criminal damage to property was reported in the 500 block of Anderson Dr. Unknown person(s) damaged a window of vehicle that was parked in the lot of the business.

On June 10, 2016 at 4:37 pm, a sixteen years old juvenile was arrested in the area of Airport and Weber for no valid DL, disobey traffic signal and possession of cannabis.

Arrested June 16, 2016 at 6:40 pm in the 700 block of Dexter for two in-state warrants, possession of drug paraphernalia and possession of controlled substance. 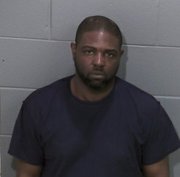 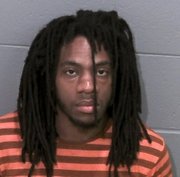 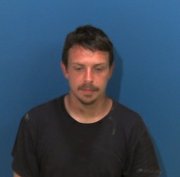 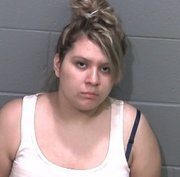 THESE CHARGES ARE MERELY ACCUSATIONS AND THE DEFENDANT IS PRESUMED INNOCENT UNLESS PROVEN GUILTY.