Special to The Times Media 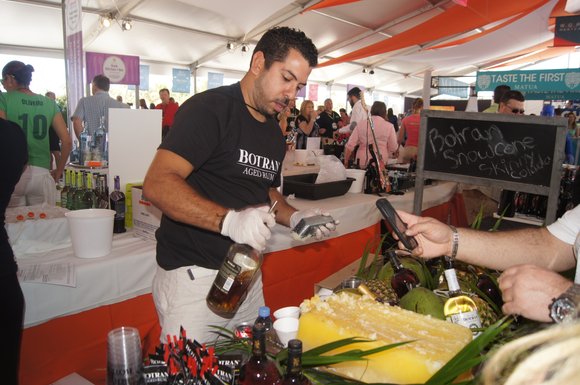 The South Beach Wine and Food Festival celebrated 15 years this past weekend. With more than 75,000 revelers at 75 signature events on Miami's South Beach, the event raised the ante for charitable food and wine events, with nearly $30 million dollars raised in total to date for its named beneficiary, the Florida International 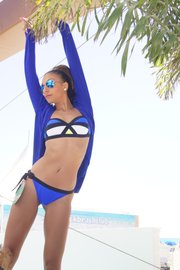 University Chaplin School of Hospitality and Tourism Management. The event is rated the #1 Food and Restaurant Industry event in the United States for the third year in a row. 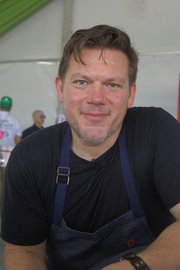 The festival kicked off with Seaside Easts hosted by The Food Network's resident "Superman" Robert Irvine in the inaugural Taste Fort Lauderdale event, which showcased the best of the Fort Lauderdale neighborhood just north of Miami Beach at the historic Bonnet House Museum and Gardens. Considered 'the Venice of Florida,' Fort Lauderdale is known for its lovely gardens, beautiful seaside dining and exquisite cuisine, all of which was on display in a luxurious setting. 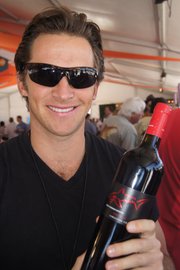 The following night transported guests deeper into the cuisine of Italy, with Barilla's Italian Bites on the Beach hosted by Giada De Laurentiis, host of multiple Food Network shows. She brought a taste of her namesake restaurant at The Cromwell in Las Vegas to South Beach along with 30 of the top Italian oriented chefs from around the country. Under a huge white tent constructed on the white sand beach under a brilliant moon, this was the perfect way to start a serious of weekend of noshing, partying and wine drinking.

The Fontainebleau Miami Beach, one of the most legendary locations in Miami Beach was the location of the South Beach Wine and Food Festival's premiere event, Wine Spectator's Best of the Best sponsored by Bank of America. Invited restaurant and winery owners poured and served only their very best at this signature event. No expense was spared, Caviar dishes, Foie gras, lobster, prime aged steak, along with wines rated 90 poimts and above by the Wine Spectator were the order of the night.

The crown jewel of the SOBEWFF is the quarter-mile long tent along Ocean Drive, home of the Goya Foods Grand Tasting Village. This is truly the site of the world's biggest beach party with gastronomic delights from the top chefs, caterers and restaurants in Miami and wine and spirits purveyors from across the globe. If its not at SOBEWFF, it probably doesn't exist. Celebrity chefs display the secrets of their magic in cooking demonstrations at the MasterCard Grand Tasting Tents and Kitchen Aid Culinary Demonstrations. Rachel Ray, Neil Patrick Harris, Andrew Zimmern, Tyler Florence, Rev. Run and Rick Bayless were among the culinary wizards and luminaries who plied their craft before a sold out crowd.

Meatopia presented by Creekstone Farmns, sponsored by Thrillist and hosted by Michael Symon was the second incarnation of this celebration of all things meat. Celebrity chefs from around the country came to the big tent on South Beach behind the Delano Hotel to cook everthing from prime steak to prime ribs and oxtails on open wood or charcoal fires. All of the meats were slowed cooked to perfection and covered with some of the most exotic toppings and side dishes imaginable. Cold Amstel Light beer and a variety of brown spirits (especially the treasured Knob Creek whiskey) and the music of the legendary Gregg Allman made this an unforgettable night under the stars.

Andrew Zimmern hosted the festival's newest event, Lucky Chopsticks: An Asian Night Market. "As a young Jewish kid growing up in Brooklyn, Sunday nights and Asian cuisine were a weekly treat that I looked forward to. I thought I'd share it with all of you tonight for a worthy cause. No child should go to bed or go to school hungry., That's what the money raised here is all about tonight," he emphasized before the sold out crowd, who grazed on everything from Duck Confit Dim Sum to Truffle covered rice noodles, chopticks and little white Chinese takeout boxes in hand, while drinking copious amounts of Amstel Light beer.