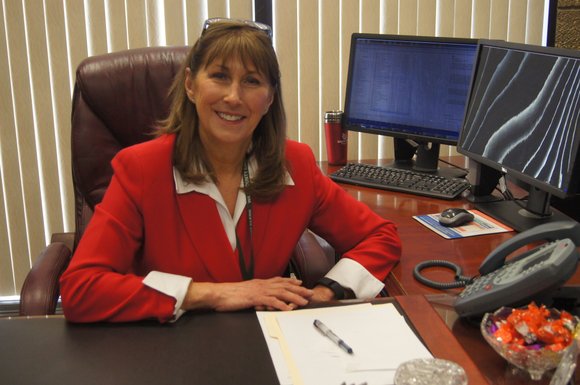 Pam McGuire remembers vividly walking into her office after being sworn in as the new Will County Circuit Court Clerk in 1996 and looking for a computer.

“When you’re so accustomed to working with computers, it’s hard to function without one. There wasn’t a computer in there and I knew that it was going to be the first thing I would need to do my job efficiently,” she recalled.

Beyond just missing a personal computer for her day-to-day work, McGuire also noticed other areas of the courthouse lacking technology, such as no computer system in place for felony cases.

“They were typing out docket sheets and people were even typing things out twice. It was a very non-efficient way of doing things,” recalled McGuire, who has opted not to seek a sixth term in office when her current term ends in November.

It took time and some money – although many of the technological changes turned into cost saving for the courthouse – McGuire and her staff got busy modernizing the office to help it run more efficiently for attorneys, judges, other staff members and law enforcement officials and the public.

One of those important changes including ensuring important court documents made their way back to the Illinois State Police. She and her staff found numerous boxes with about 76,000 documents that had never been reported to the Illinois State Police, McGuire said, adding that an electronic system had to be put in place for that and computer systems for both the traffic and civil divisions.

“There was a learning curve for the staff as the county was very behind in technology. They didn’t even have e-mail or voicemail in the beginning,” McGuire recalled.

Ushering new technology into the office, she added, was a fun challenge, but took many hours of hard work.

“I remember when we first put in the computer system. I would have a notepad next to my bed to jot things down in the middle of the night,” McGuire said. “I wanted to make sure cases got to court in a timely fashion and that all the necessary documents for those cases made it into court as well.”

In addition to the technology upgrades that saved money for the county, there also were common sense changes to be made, she said. Traffic division notices, for example, were being mailed to remind people of court dates and that, according to McGuire, was costing Will County about $96,000 annually. The fix, she added, was simple. “We just started notifying all police departments throughout the county to start writing the court dates on the tickets,” she said.

Bounced checks were another problem. McGuire said the courts received about $76,000 annually in returned checks. To fix that problem, McGuire and her staff put in a system allowing fines to be paid with credit and debit cards.

Other technological improvements also came along, including a website for the office and the ability to obtain and download important forms off the website. This latter technological upgrade continues to grow. More and more court documents are becoming available online through the office to save attorneys and the public from having to drive to the courthouse for various documents, McGuire said.