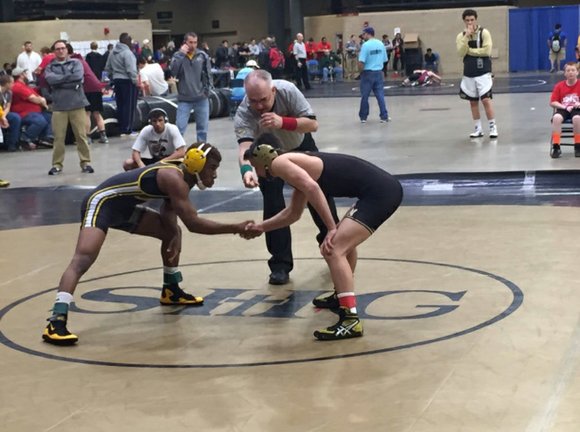 Classic Duals on Sunday, defeating his opponent from Indiana, 5-4 and contributing

Darvell is the first wrestler from Joliet West to ever compete in the event, and

only the fifth wrestler from JTHS to participate the event’s history.