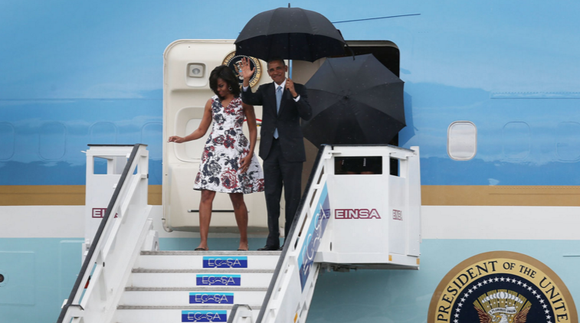 President Barack Obama is setting a high bar for the

next --man or woman who sits in the Oval Office. His history-making family

tough act to follow and sorely missed by the country and the world.

and our neighbors throughout the entire hemisphere – a hemisphere in which

English is the minority language. A good neighbor policy is smart and

productive and the right thing to do. Cuba is our neighbor and now we are

Cuba has been open to such a policy for a long time. That is what President

of mercy and peace. Two days later, I brought home 48 Cuban American and

faith and a deep desire for normalization.

“Whatever our conflicts have been in the past, we must forgive each other,

after Fidel Castro met me at the airport in Havana. “We must give peace a

It took President Obama to do it, despite a do-nothing Congress committed

to obstruction. The world can only hope that the next President of the

United States has the good sense and the courage to follow in his footsteps.