Tuberculosis cases in Illinois increase for the first time since 2005 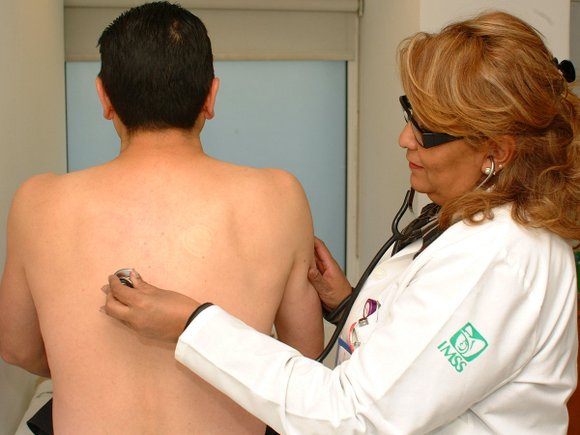 The Illinois Department of Public Health (IDPH) (tuberculosis) is raising awareness that TB is still present in Illinois and that it can be fatal. In 2015, 344 cases of TB were reported in Illinois along with one case of extensively drug resistant TB. Although there were slightly more cases in 2015 than in 2014 and 2013, the trend over the past decade has been that cases in Illinois have been declining. This is the first year Illinois has reported an increase in the number of TB cases since 2005.

TB is a contagious and potentially life-threatening disease that is transmitted from person-to-person through the air when a person with active TB coughs or sneezes. People with TB are most likely to spread the germs to people they spend time with every day, such as family members or coworkers.

While TB can affect any part of the body, such as the brain, kidneys, or spine, TB usually affects the lungs. General symptoms may include fatigue, weight loss, fever, and night sweats. When TB attacks the lungs, symptoms can include a persistent cough that sometimes produces blood and chest pains.

TB can be treated by taking several drugs for 6 to 12 months. It is very important for people who have TB to finish the medicine and take it exactly as prescribed. Many patients comply with the strict drug regimen at first, but some stop taking their anti-TB medication after they start to feel better. Failure to follow the therapy for the full length of time prescribed may allow the TB to return. In some cases, the re-established infection cannot be treated with the usual antibiotics because the bacteria have become extensively drug resistant. TB that is resistant to drugs is harder and more expensive to treat.

Find more information about TB at http://www.dph.illinois.gov/topics-services/diseases-and-conditions/diseases-a-z-list/tuberculosis as well as the World TB Day in Illinois proclamation.