RUEGGER, DAVID A, 38, of 536 N BLUFF, arrested and charged with VIOLATION OF ORDER OF PROTECTION.

KEYES, JRAE, 20, of 105 CHANNAHON, arrested and charged with POSSESSION OF CANNABIS.

HILL, MAURICE D, 60, of 718 WASHINGTON, arrested and charged with POSSESSION OF CANNABIS.

COLEY, KHADIJAH J, 26, of 506 S JOLIET, arrested and charged with AGGRAVATED BATTERY and UNLAWFUL USE OF A WEAPON.

CLERK, DOMINIQUE T, 28, of 833 CARDINAL, arrested and charged with CRIMINAL TRESPASS TO PROPERTY, DOMESTIC BATTERY and AGGRAVATED BATTERY OF A CHILD. 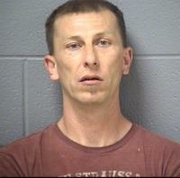 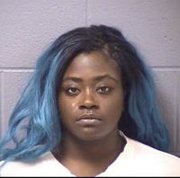 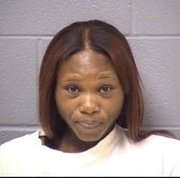 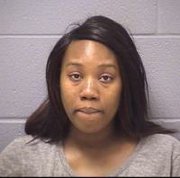 ALTHOUGH THE FOLLOWING INDIVIDUALS HAVE BEEN CHARGED WITH A CRIME, THE CHARGE IS MERELY AN ACCUSATION AND THE DEFENDANT IS PRESUMED INNOCENT UNTIL PROVEN GUILTY.

12thTerriaun Fanniel, 21, 831 Rebecca Ln., was charged with armed robbery and unlawful use of weapon by a felon, following call to the area of Alcott Ln. for a subject displaying a gun and demanding money. (16-2757)

13thOfficers responded to the 600 block of E. Boughton Rd. for the report of a burglary to motor vehicle. A purse was taken from an unsecured vehicle. The victim’s credit cards were used at 11:28 am to make unauthorized purchases. (16-2779)

13thTrishiana Williams, 28, 933 Lois Pl., Joliet, was charged with resisting a peace officer, driving while license suspended, no insurance and leaving the scene of an accident at Royce Rd. & Bolingbrook Dr. at 5:33 pm. (16-2789)

13thOfficers were called to Meijer, 225 N. Weber Rd., for the report of a retail theft. Unknown subject exited the store at 9:00 am with several cans of baby formula without rendering payment. Loss valued at $203. (16-2793)

14thOfficers were called to Meijer, 755 E. Boughton Rd., for the report of a retail theft. Unknown subjects exited the store at 11:35 pm with several bottles of alcohol without rendering payment. Loss valued at $200. (16-2799)