Sugar hits a sour note in some cities 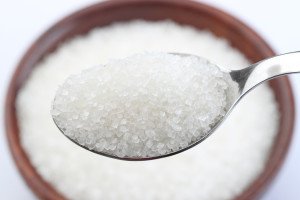 We all know, by now, that Berkeley, Calif. became the first city in the United States

and energy drinks. Also, in 2014, Mexico's congress passed a tax on sugary beverages that went into effect all over the country - effectively raising their prices by 10 percent - and an 8 percent sales tax on junk foods, including chips, cookies,

passed a national Soda tax, including junk foods such as chips, cookies, candy,

and ice cream, and b) epidemiologists in California are already tracking the "leakage"

For reasons that I have yet to understand, Philadelphia Mayor Jim Kenney, following

the failed attempt by his predecessor, Michael Nutter, is proposing a tax on soda,

with no mention of any health benefits. Lost in translation in this entire debate

is that this should not be about soda, it should be about sugar.

There's no doubt that Americans are addicted to sugar. We consume an average of

150 pounds per person each year. For many of us, that means we eat the equivalent

of our own weight in sugar every year.

The sugar industry is big: $100 billion per year. Every day, we live in the world

Americas, Asia and Africa and did more to reshape the world than any ruler, empire,

or war had ever done. Sugar, or White Gold, as British colonists called it, was

the engine of the slave trade that brought millions of Africans to the Americas,

beginning in the early 16th century. Profit from the sugar trade was so significant

that it may have even helped America achieve independence from Great Britain.

while consuming many pounds of sugar per year. In fact, according to the U.S.

of Agriculture (USDA), the average American consumes 156 pounds of added sugar per

each. If you find that hard to believe, that's probably because sugar is so ubiquitous

in our diets that most of us have no idea how much we're consuming. The Centers

for Disease Control (CDC) puts the amount at 27.5 teaspoons of sugar a day per

capita, which translates to 440 calories - nearly one quarter of a typical 2,000

The obesity epidemic - along with related diseases including cancer, dementia, heart

have come to dominate to the food economy.

If the sugar from each bottle could be crystallized, it would amount to 10 teaspoons.

Put 10 teaspoons of sugar in the bottom of an empty coke bottle and look at it.