Wayne's Words: Veterans Day next week: Where are the Lights? 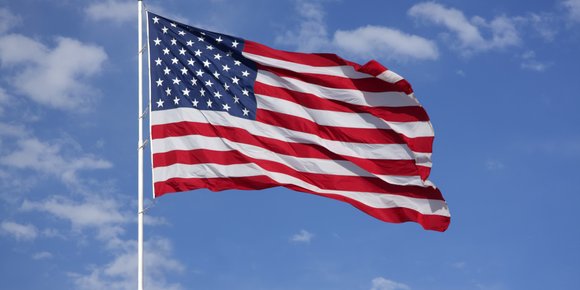 Joliet City Hall will be closed for two days next week. Tuesday, November 8 is Election Day across the country. No explanation was given for closing on Election Day but apparently, it is a tradition that has endured for many years. Possibly city hall employees will need the entire day to vote, unlike many people who go to the polls before or after work. Go figure.

Joliet City Hall is also closed on Veterans Day, Friday, November 11. According to the U.S. Department of Commerce Veterans Day is one of the 10 recognized Federal holidays. Most businesses, however, are open on that day. Many working people don’t have the day off.

Veterans Day honors the approximately 23.2 million living military veterans in the U.S. More than 13.2 million of living veterans served during the Vietnam War era or before. More than nine million are over the age of 65.

There will be several local events in the area honoring veterans for their service. The time and place for most events will be listed in the media over the next several days. Those events will most certainly focus on veterans and the American Flag as symbols of patriotism and pride.

The City of Joliet has eight pavilions in and around Joliet that are designed to display the American flag. In addition to the U.S. flag staff, each pavilion has two additional staffs that currently fly the Vietnam P.O.W. Flag and Joliet’s Tree City Flag. None of the pavilions have illumination as required by the Title 4 United States Flag Code. According to the Code, Section 6(a): “It is the universal custom to display the flag only from sunrise to sunset…”. However, the flag “…may be displayed 24 hours a day if properly illuminated during the hours of darkness.” Additionally, any flags that are worn, frayed or faded should be removed and destroyed in a dignified way, preferably burned.

In addition to the Federal Flag Code, Illinois also has a flag code with a provision stating all city halls shall display a U.S. Flag from its premises. The Federal flag display rules also apply as noted above. It should be noted that there are no civil or criminal penalties for failure to comply with the flag code. It’s just a matter of respect.

According to the flag code documents, the City of Joliet is not currently in compliance regarding illumination and display of the American flag. Several years ago, the city actually removed the flags from the pavilions because of the lack of illumination. The flags were displayed again when the city fastened small solar lamps designed primarily for homeowner’s backyards and flag staffs.

The lighting has proved to be totally inadequate and they stopped working years ago. I asked Mayor Bob O’Dekirk for a commitment to put adequate lighting on the pavilions two years ago. A community outreach committee from ExxonMobil Joliet Refinery offered to provide the labor to install the lighting for the pavilions if the city was willing to pay for the needed equipment.

Mayor O’Dekirk agreed to proceed with the project. I was advised by the mayor last April that City Manager Jim Hock had the discretion to spend up to $10,000 for such projects without a formal Council vote. The project was announced at a City Council Meeting held on June 21. All Council members were present along with the City Manager. There were no objections voiced at that time. The projected target date for completion was Veterans Day this year.

The committee coordinator from ExxonMobil provided a proposal for commercial grade solar lights for the city’s eight flag pavilions. The info was passed on to Hock to work out the logistics. After several months, no progress was made. I contacted the mayor to ask why. He later advised me that Hock had not done anything to date and was told by Hock the solar lighting was not adequate. According to Mayor O’Dekirk, he requested the flags at all pavilions be removed until the proper illumination was provided. That was eight weeks ago. They are all still displayed with no lights and, in some cases worn, faded and tattered.

Someone’s not getting the message. There are three possible solutions to the lack of flag pavilion illumination: install lighting, raise and lower flags from sunrise to sunset, remove all flags from the pavilions. The first two solutions will also require the flags to be replaced because they are all worn, frayed, or faded.

Improperly flying the U.S. Flag shows a lack of respect and responsibility. Unless these flags are being used for some protest issue they should be illuminated or removed. It’s embarrassing that the fourth largest city in Illinois lacks proper respect for displaying the United States Flag! Stay tuned…