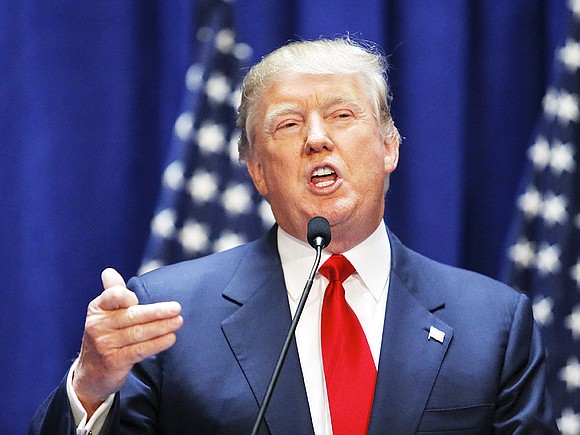 Throughout the 2016 presidential campaign, president elect Donald Trump was constant and vicious in his criticism of Barack Obama and his administration. He vowed to dismantle “Obama Care” and everything Obama decreed by executive order. High on his list of reversals was the Iran deal which was signed by the governments of Britain, France, Russia, China, the US and Germany. The deal, Obama said, “has stopped the spread of nuclear weapons in this region and has the full backing of the international community." The “deal” carried a promise to release sanctions against Iran and to return funds held by the US as a result of the asset freeze in 1979.

Trump campaigners called the release of funds a ransom and a giveaway to the Iranians.

In November 1979, Iran’s revolutionary government took 52 Americans hostages at the U.S. embassy, and the U.S. severed diplomatic relations with Tehran. In retaliation, Washington froze $12 billion in Iranian assets held on our shores. The hostage crisis was resolved in 1981 at a conference in Algiers, and the U.S. returned $3 billion to Iran, with more funds going either to pay creditors, or into escrow. The two nations also established a tribunal in the Hague called the Iran United States Claims Tribunal to settle claims both leveled by each government against the other, U.S. citizens versus Iran, and vice versa. The major issue between the two governments was a $400 million payment for military equipment made by the government of the Shah of Iran, prior to the 1979 uprising that topped him. The U.S. banned delivery of the jets and other weapons amid the hostage crisis, but froze the $400 million advance payment.

By 2015, the $400 million issue stood before a panel of nine judges, including three independent jurists, who were reportedly near a decision on binding arbitration. According to Obama administration officials, the U.S. was concerned that the tribunal would mandate an award in the multiple billions of dollars. “The Iranians wanted $10 billion. It was estimated the tribunal would award them $4 billion. So instead, the U.S. negotiators convinced Iran to move the dispute from arbitration to a private settlement. The two sides reached an agreement in mid-2015, at the same time as the U.S. and Iran reached a comprehensive pact on curtailing Iran’s development of nuclear weapons. The financial deal called for the U.S. to refund $1.7 billion to Tehran, consisting of the original $400 million contract for military equipment, plus $1.3 billion in interest.

Trump has an undeniable aversion to Barack Obama. He is envious of his ability to win the presidency of the US twice in spite of his constant negative description of his intelligence and leadership ability.

As he has been wrong about Obama, he is also on the wrong track relating to many other US political positions both domestic and foreign.

He wants to create a registry for Muslims entering and exiting America from certain countries.

A Muslim registry was implemented in 2002 by the Bush administration with 25 countries on the list , all being Arab and Muslim countries except one, North Korea, which was dismantled in 2011 by president Barack Obama, nearly a decade after its creation.