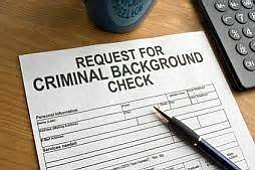 The Illinois Department of Financial and Professional Regulation (“IDFPR”) has simplified forms for applicants with criminal convictions to encourage participation in the applicant review process and dispel assumptions that most individuals with a criminal conviction are automatically denied licensure. While less than 1% of applicants with a conviction are denied licensure, many do not complete the requisite review process because it is believed to be overly complex, burdensome and intimidating. IDFPR’s initiative is part of ongoing efforts by Governor Bruce Rauner and the Illinois Criminal Justice Reform Commission to remove unnecessary barriers to those convicted of crimes from obtaining professional licenses.

“By aiding the pathway to licensure for individuals who might have otherwise given up hope on their chosen career, we not only open the door to employment, we provide real change,” said Governor Rauner. “I applaud IDFPR for their continued regulatory revision efforts and for their commitment to facilitating licensure opportunities for those who may have a blemish on their record.”

To address the issue and encourage applicants’ participation, IDFPR has made the following changes: use of less formal “legalese” in cover letters; inform applicants that their application has been referred to prosecutions for review with prosecutions’ contact information; and updated correspondence to point out that the conviction does not usually result in denial of licensure.

“As the state’s regulator, it is our job to facilitate options to licensure, not impede ones practice,” said Bryan A. Schneider, IDFPR Secretary. “While individuals with a criminal conviction in their past will require a more extensive review by the Department, it does not mean they cannot obtain a license. By effectively communicating this through our application process, we hope to not only increase the number of licensed professionals, but create a regulatory environment conducive to strong economic growth and opportunity.”

This past April, IDFPR joined forces with the Illinois Department of Corrections to announce a new initiative that streamlined the professional licensing process for men and women being released from prison. Offenders who’ve completed the required coursework for Barbering and Cosmetology may now apply for their professional license and meet with the licensing board via video conference up to six months before their release or parole date. This common sense policy change reversed the previous approach, which prohibited offenders from starting the application process until they were already released from the institution, resulting in delays of several months before receiving their license. The first ex-offender to receive his Cosmetology license under the streamlined inmate licensure program occurred on October 4, 2016.

For more information on IDFPR, visit their website at: www.idfpr.com.