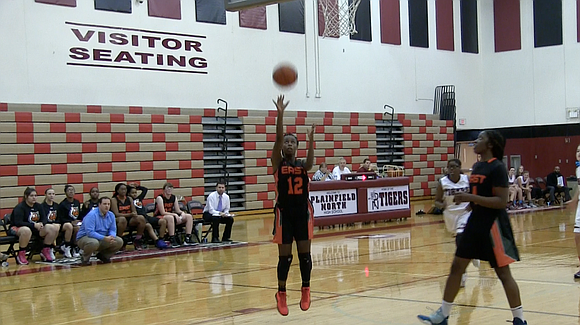 PLAINFIELD - There was not really one standout star for the Plainfield East Bengals, but it was more a complete team showing on Tuesday night against Plainfield North in conference play. The Bengals defeated their rival Tigers 58-36.

“The best thing that we did was play as a team,” Onua said. “There was no one who did too much and when out of the norm. We all stayed within ourselves.”

Leading by as much as 12 points during the first half, the Bengals completely dominated from the start. It was a sloppy game at first with multiple turnovers and missed shots but eventually Plainfield East settled in.

During the second half though, Plainfield North came back and got to within two points of tying but it was not to be. East pulled away with the win in rival territory.

“I think we’re where we need to be now,” Plainfield East Head Coach Tony Waznonis said. “Room to grow but high expectations for us.”

Up next, Plainfield North is at home again on Friday, Dec. 2 against Joliet Central at 5 p.m. Plainfield East is at Oswego the same night with tipoff at 6:30 p.m.