Will County voters have many choices on November ballot 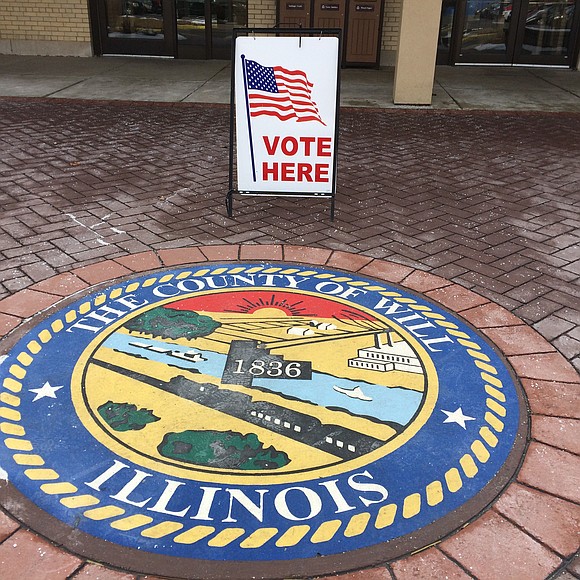 Will County voting location Photo by Brock A. Stein

Correction: We failed to include democrat Bill Thoman in our round up of candidates who are running for Will County Board seats. Mr. Thoman, from Plainfield, is running for a 4-year term in district 13. More information about his candidacy can be found at www.Billforcb13.org We apologize for the omission.

Voters in Will County will have plenty of choices when it comes to electing a representative for the county board on November 8. In addition to a full slate of incumbents, most of the board district races will include up to four candidates in 8 of the county’s 13 districts.

Voters will also have a choice for the top leadership spot in the county with 3-term County Executive Larry Walsh facing a challenge for his fourth term from republican Laurie McPhillips.

An injunction passed down in September means that voters will no longer have the option to register on the same day they vote. That means that the last day to register to vote by mail or in person is October 11 and October 23 for those who want to vote online.

There will also be over 25 early voting locations around the county leading up to the election and the last day to request a mail in ballot is November 3.

With incumbents Joe Babich and Steve Wilhelmi deciding not to run, DISTRICT 10 is wide open with democrats Tyler J. Marcum and Joe Carlasare squaring off against republicans David J. Talarico and Gloria Dollinger.

DISTRICT 13 Republican incumbent Liz Collins is not running for re-election so the race is between democratic incumbent Mark Ferry and republicans Tim J. Kraulidis and Brenda K. Morse and democrat Bill Thoman of Plainfield.

With the retirement of Circuit Clerk Pamela McGuire, the race for her office comes down to democrat Andrea Lynn Chasteen and republican Marlene M. Carlson.

Incumbent recorder of deeds Karen A. Stukel will face off against republican challenger Kristin Cross for her office.

Two county-wide races will see no challengers including the race for incumbent State’s Attorney James Glasgow and incumbent democratic county coroner Patrick K. O'Neil who are both running unopposed.

In addition to representation, Will County voters will also consider the approval of several referendums in November.

• In Plainfield, voters will decide a proposal to issue $10.5 million in bonds for the Plainfield Township Park District that covers parts of Kendall County as well.

• Voters in the White Oak Library District will be asked to approve a new limiting tax rate.

• Residents of the Laraway Community Consolidated School District No. 70-C will vote on the issuance of $25 million in general obligation bonds.

• Voters in Homer Township Fire Protection District will be asked if trustees should be elected rather than appointed.

A complete list of candidates at the county, state and federal level can be found on the Will County Clerk’s website, www.thewillcountyclerk.com/elections/elections-services/.