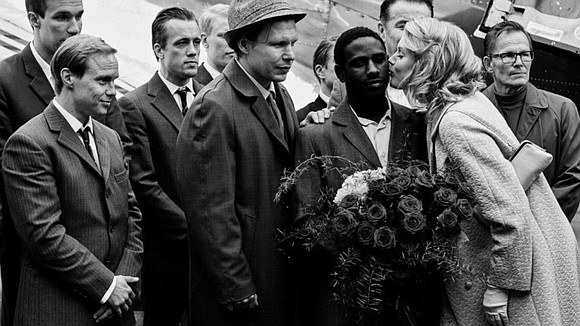 The theme of this year's festival is Dysfunctional Families, a category compre-hensive enough to include most everyone. With apologies to Tolstoy: "All functional families are alike. Every dysfunctional family is dysfunctional in its own way." A secondary focus spotlights musicals. There are 15 of them, including Bright Lights, which stars Debbie Reynolds and Carrie Fisher.

Friendship sometimes makes family, and mutual concern and support turn illness into health. At Villa Biondi, a Tuscan mental institution, Beatrice, a manic, pathological liar with delusions on nobility meets Donatella, a younger, quiet depressive, who cannot get beyond a loss. The buddies escape and go on an adventure, a journey, healing to them both.

Arthur, a Welsh coal-miner's son who is a gifted cartoonist, and Vida, the cellist daughter of affluent Jewish parents with Holocaust in their background, become lovers. When the oil and water families meet, it is more than uncomfortable; when they meet again after tragedies occur and skeletons are revealed, they bond. Perhaps beneath the thin veneer of civilization people are more alike than different.

When Mr. Sawyer, a Liberian diplomat, collapses in Lagos, tests confirm that he has brought Ebola to the country. This true story relives the agonizing 93 days from onset to containment of the scourge that had the possibility of affecting –killing– 21-million persons. Danny Glover is the wise hospital administrator who overcomes bureaucracy, fear and CYA politicians to contain and control the Ebola outbreak.