RUEDA, LESLIE C., 24, of 258 CENTER, arrested and charged with BATTERY and RESISTING/OBSTRUCTING A PEACE OFFICER.

POUTRY, BRIEN M., 45, of 125 TWIN OAKS DR., arrested and charged with VIOLATION OF ORDER OF PROTECTION.

CRUZ, MIGUEL D., 19, of 1902 ARBOR GATE CT. in PLAINFIELD, arrested and charged with FLEEING/ELUDING A PEACE OFFICER and POSSESSION OF DRUG EQUIPMENT.

JARVIS, MARCELL M., 20, of 6608 PEYLA LN. in PLAINFIELD, arrested and charged with RESISTING/OBSTRUCTING A PEACE Officer.

Arrested August 21, 2016 at 1:36 am in the 600 block of North Independence for illegal consumption of alcohol.

Arrested August 28, 2016 at 9:08 pm in the area of Route 53 and Greenwood for an in-state warrant, improper lane use and use of cell phone while driving.

Arrested August 31, 2016 at 6:33 pm in the area of Grand and Romeo Road for possession of drug equipment, improper lane usage, no insurance and failure to signal.

Arrested September 6, 2016 at 10:01 pm in the area of Belmont and Route 53 for no valid DL, no insurance, no valid registration, no rear registration light and three in-state warrants.

THESE CHARGES ARE MERELY ACCUSATIONS AND THE DEFENDANT IS PRESUMED INNOCENT UNLESS PROVEN GUILTY.

A retail theft was reported in the 400 block of South Weber Road. An unknown person took two video games valued at $31.28 from the business.

A burglary to motor vehicle was reported in the 1900 block of Rosehill Ct. Unknown person(s) rummaged through a vehicle that was parked in the driveway of the residence. It is unknown if anything was taken.

A burglary to motor vehicle was reported in the 600 block of Mendota Lane. Unknown person(s) took a wallet from a vehicle that was parked in the street. The victim’s credit card was also used later at a business.

A burglary and criminal damage to property were reported in the 19000 block of West Airport Road. Unknown person(s) damaged two vehicle door locks and took socket sets and several power tools. Estimated cost of the items taken is $2580.00. 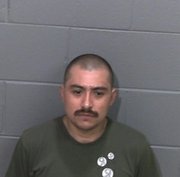 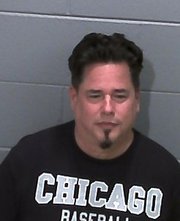 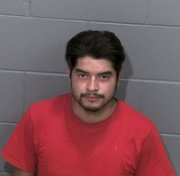 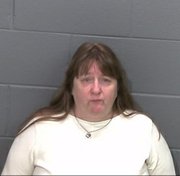 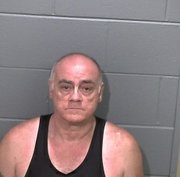