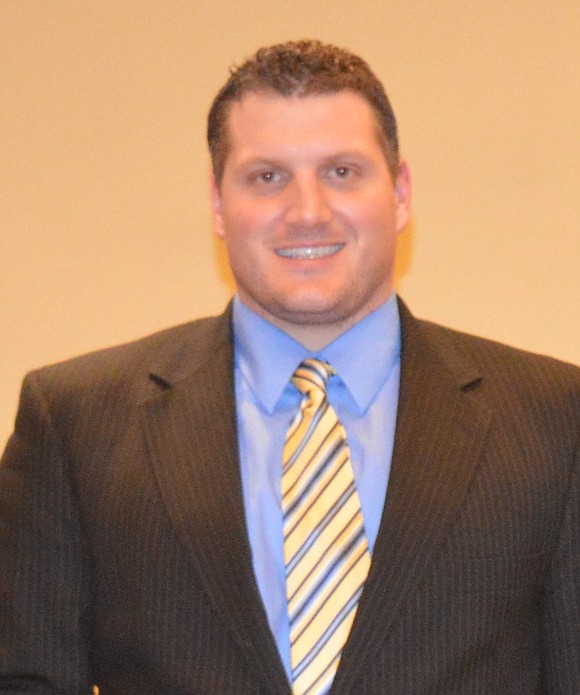 Brett Boyter of Joliet Central High School was named the Chicago Bears High School “Coach of the Week” for Week 4.

Boyter led the Steelmen to a 38-35 win over Plainfield Central last Saturday, September 17. The victory snapped a 57-game losing streak that dated back to 2010, when Joliet Central split from Joliet West and formed its own athletic program. The capacity crowd of over 2,000 watched the Steelmen score on a 30-yard touchdown reception with 29 seconds left in the game to give the program its first win. Boyter has been the head coach at Joliet Central since 2012.

Coach Boyter will be invited to the Bears vs. 49ers game on Sunday, December 4 and will join his fellow 2016 “Coach of the Week” honorees for an on-field photo during pregame. He will also receive a framed certificate signed by Bears head coach John Fox and have the opportunity to visit Halas Hall for lunch and practice viewing.

The Chicago Bears “Coach of the Week” program is in its 21st season. The program honors outstanding Illinois high school coaches who develop players’ football skills and knowledge, character, leadership, discipline and teamwork abilities. Other criteria considered include unique coaching methodology, school and community support, volunteerism and, most importantly, contributions to players’ long-term success on and off the field.

The program will run for nine weeks from August 29 through October 24. Deserving high school coaches are nominated by a panel of local prep authorities and the winning “Coach of the Week” is selected each week. The Chicago Bears will make a $1,500 contribution to the football program at each winning coach’s school. Since the program’s inception, the Bears have donated over $258,000 to Illinois high schools in support of their football programs. The Chicago Bears “Coach of the Week” program is brought to you by FOX 32 Chicago.

In addition to “Coach of the Week” winners attending the Bears vs. 49ers game on December 4, all eight IHSA football state champion teams will be recognized at this game. The Chicago Bears, in partnership with the Illinois High School Association, will invite representatives from each team to the game and a special recognition of their state titles will take place during halftime.