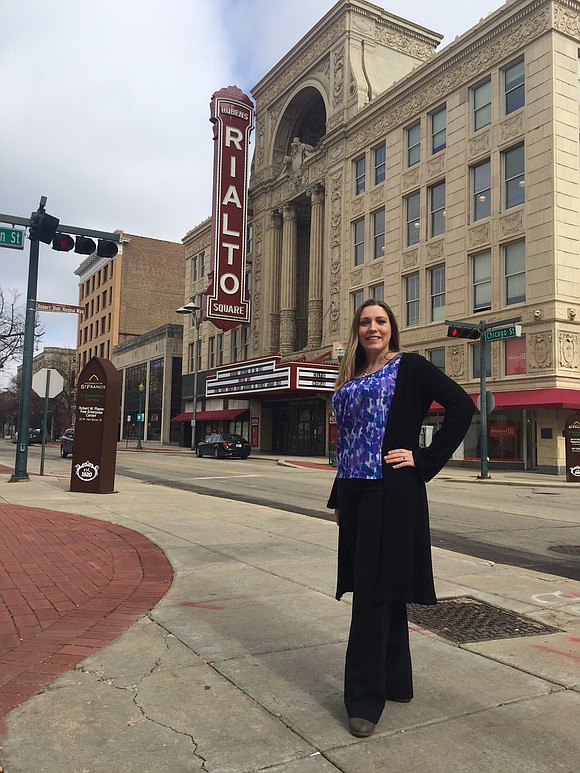 The city’s inspector general this week reported that a mailer that was sent to the home of Joliet police officers was not the result of a leak from city hall.

Chris Regis reported during Monday’s city council meeting that he was able to verify the methods that then-council candidate Rachel Ventura used to find the addresses using information available through the city’s website and through other online resources.

Ventura, who ran for one of the open at-large seats, was called out for sending the mailer that targeted police personnel at the March (date) council meeting and was asked to speak to Regis after the meeting. She later characterized the encounter on social media as her having been “detained.”

Regis said that his investigation focused on whether the names and addresses came from inside city hall.

“I was able to replicate the results that she [Ventura] achieved, mistakes and all,” said Regis, adding that he concluded with a “reasonable degree of certainty that the information used did not come from city hall.”

Regis said that he did find areas for security improvements that he would recommend after speaking with the city’s IT department, chief of administrative services, and members of the police department during the course of his investigation.

The changes, he said, would “continue to improve city government and the security of all of our workers.”

One of those changes could be the discontinuation of the publication of a payroll summary that the city posts to its website each year. The document lists the name of every city employee, their job classification and salary. The most recent, 2016-edition of the document, can be found on the city’s website at http://www.cityofjoliet.info/home/showdocument?id=11426

“It will probably be my recommendation to council that we discontinue that in the future,” said City Manager Jim Hock. The city manager said that the information could also be made available via a freedom of information request “but then we’d know who’s requesting the information.”

Finance director Jim Ghedotte said that the city is required to publish Illinois Municipal Retirement Fund (IMRF) information but not the salary information that is currently posted on their website.

Joliet Mayor Bob O’Dekirk said that he’s “heard from a number of city employees, from several union heads expressing concern that their employees are vulnerable” following the mailing that was sent to officers homes.

He said that he was relieved to know that the names and addresses didn’t come from inside city hall but still would work to improve security for employees and to prevent them from being “stalked” or “targeted” “because they work for the city of Joliet or because they work in a specific department.”

Deputy Chief of Police for the city Tab Jensen said that no officers were targeted or stalked as a result of the information used for the mailers he said though officers who park their squad cars outside of their homes have been targeted in the past.

O’Dekirk said that he would still like to see the payroll information published but perhaps without the identifying information in what he called a “balancing act between transparency and keeping our people safe.”

“A lot of our people, not just police, deal with the public and sometimes the interactions aren’t positive,” said the mayor.