Dear EarthTalk: Is it true that the Paris climate accord as it stands won’t be enough to stave off cataclysmic global warming anyway, even if the U.S. and the other participating countries honor their 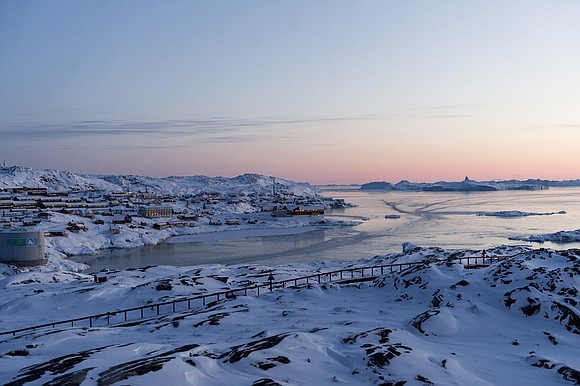 The melting of the ice sheets around Illulissat, Greenland and elsewhere in the Arctic is accelerating thanks to global warming. Credit: UN Photo/Mark Garten, FlickrCC

To date, 197 countries have signed onto 2015’s landmark Paris climate accord (“The Paris Agreement”), which aims to limit global warming to less than 2°C above pre-industrial levels by 2100 through voluntary emissions reduction plans. But skeptics argue that even if all participating countries follow through with their promised cuts, we may still come up short in leveling off global warming as needed.

Researchers working on the Climate Action Tracker, a tool used to monitor climate action and global efforts to meet Paris Agreement goals, found that with current and planned emissions reduction policies, we are on track to hold the global mean temperature down to approximately 2.8°C above pre-industrial levels by 2100—not the 2°C environmental leaders are hoping we can achieve. For some context, the current global average mean temperature hovers around 1°C above pre-industrial levels, but climatologists expect the warming to accelerate as a result of a century’s worth of carbon dioxide (CO2) built up in the atmosphere. If we keep up our current pace of emissions up without any checks, climate models suggest the global average mean temperature will rise about 3.6°C by 2100.

Meanwhile, others think we are even further from achieving our goals. Blogger and Skeptical Environmentalist author Bjorn Lomborg calculates that, even if each of the Paris signatories keeps its emissions reduction promises, we can only expect a negligible reduction in global mean temperature, that is, only 0.17°C lower by 2100, but still well above what climatologists consider safe and sustainable. “Paris is being sold as the summit where we can help ‘heal the planet’ and ‘save the world’,” says Lomborg. “It is no such thing.”

What such negative extrapolations don’t factor in is that the Paris Agreement leaves room for participating nations to adjust their emissions reduction goals moving forward. Indeed, setting more ambitious targets mid-stream is baked into the agreement. Negotiators figure that improving technologies and the reduced cost of renewables in the coming years will help drive down emissions more than we can count on at this point, and getting more nations on-board now is the top priority. To wit, the U.S. has promised “deep, economy-wide emission reductions of 80 percent or more by 2050” while the European Union has likewise pledged to slash its own emissions by 80 to 95 percent of 1990 levels by 2050.

But are such lofty goals achievable? Stockholm University’s Johan Rockström thinks so, but only if we’re careful how we get there. Lead author on a recent paper on the topic in Science Magazine, Rockström argues that we need to cut greenhouse gas emissions from utilities and industry around the world in half every decade until 2050 while also cutting out net greenhouse gas emissions from agriculture and deforestation altogether. Meanwhile, we’ll have to significantly scale up efforts to sequester CO2. According to Rockström, if we can remove five gigatons of CO2 from the atmosphere every year until 2050—almost double what the world’s trees and soils already do naturally—we might be able to get in striking distance of the 2°C goal.