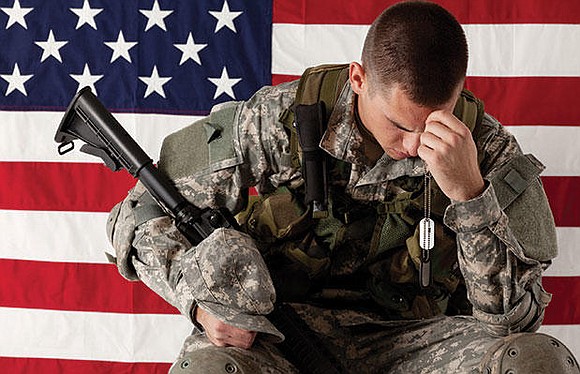 "No veteran should feel so helpless when they return home, but it's clear that we must do more to give the brave men and women who have sacrificed so much to defend our freedoms the treatment they deserve," Walsh said.

According to a recent study by the United States Department of Veterans Affairs, 22 veterans commit suicide every day in this country. Walsh is working to address this crisis by sponsoring a package of reforms streamlining access to existing services for veterans and providing new accommodations for returning service members as they seek civilian jobs and educational opportunities, all in an effort to reduce the number of veteran suicides. The reforms are recommendations of the Illinois Task Force on Veterans' Suicide, which was create in 2014.

The House Bill 2647 would require the Illinois Department of Veteran Affairs (IDVA) to create several programs to better serve veterans with PTSD and other service-related mental illnesses. The bill directs IDVA to work with the federal Department of Defense to proactively identify Illinois veterans whose service exposed them situations found to increase the likelihood of suicidal

tendencies. Veterans returning from heavy-casualty or high-conflict areas, or who served alongside another veteran who committed suicide will be proactively offered additional assistance. The IDVA would also create a public awareness campaign to promote a better understanding of suicide and mental health.

This legislation would work to improve the mental health training provided to veterans' assistance commissions and other veterans' groups. It would also cut red tape and expedite filing of discharge paperwork, so veterans can begin receiving mental health treatment, job training and other services sooner. The state would work with the Department of Defense in creating a system where this important information is immediately filed when a service member is discharged from the Armed Forces. The IDVA would also partner with local chambers of commerce to create employer training programs for returning veterans and highlight "veteran friendly" employers.