In Our Own Backyard: The Magic and Myth of a Solar Eclipse 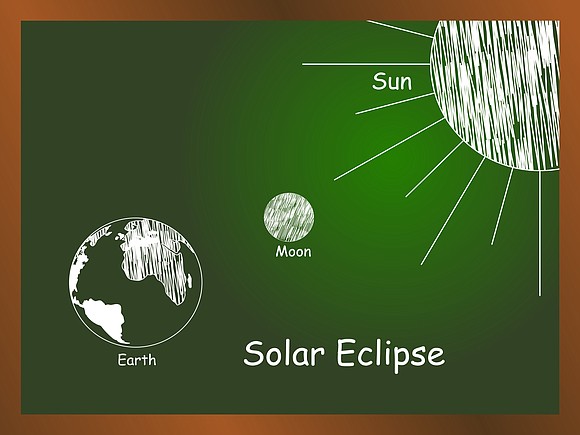 On August 31, 1932, newspapers all along the eastern seaboard reported on the rare and exciting occurrence—a total eclipse of the sun. From Maine to New York to Boston, Americans stopped what they were doing to witness the spectacle. Scientists of the time predicted there would not be another opportunity to witness an eclipse until August 21, 2017—some 85 years in the future.

Without computers, microprocessors or laser-guided probes, solar scientists used specialized telescopes, compared wind and weather patterns, and carefully calculated rotation cycles by hand. They were precise with their predictions, down to the exact day of the next total eclipse. 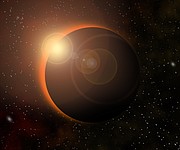 Our 2017 eclipse swept from the northwest coast all the way across America to South Carolina. In the direct path, the sun went dark. Here in the Joliet area, clouds made seeing this wonder of nature difficult, but not impossible. The moon swept across the sun and covered it almost completely for a quick moment, and then faded out of sight again.

Today, we know what creates an eclipse: they can occur when the sun, Earth and moon are in alignment. Since all three of these bodies are in constant motion— the sun takes 200 million years to make one orbit around the galaxy!—total eclipses are rare. And even though the moon is much smaller than the sun, it is so much farther away they look to us to be almost the same size.

This is how the moon blots out the sun from our view on Earth.

But we didn’t always know what caused this amazing phenomenon. In the past, before science had made such strides, people According to stories from China, India, Armenia, Tibet, Persia and other parts of the world—flying dragons were responsible.

Other cultures blamed bears, wolves or snakes for taking a bite out of the sun, believing it to sweet and good to eat. Native peoples of Australia believed that the sun, moon and stars were brothers, and eclipses showed them fighting for dominance. And throughout recorded history, eclipses were blamed for tragedies, wars, disease outbreaks and the deaths of prominent people.

Today, scientists have not just advanced computers and satellites, they have actual data and photographs collected from probes—and people—we have sent into outer space.

So if you missed this one, don’t worry. The United States will see its next total solar eclipse on April 8, 2024.