Dear EarthTalk: What exactly is the “Myth of the Climate Change 97%” mentioned by Senator Inhofe during recent confirmation hearings Trump’s cabinet post nominations? 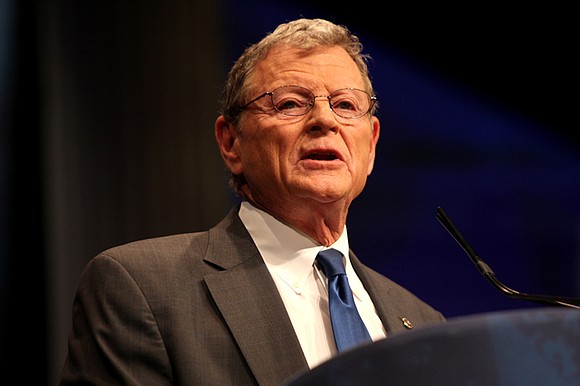 The so-called “Myth of the Climate Change 97%” refers to the argument made by climate skeptics who dispute the notion that 97% of climate scientists have achieved consensus that global warming is occurring and is caused by human activities. Oklahoma Republican Senator James Inhofe, a notorious climate skeptic, referred to this “myth” in recent confirmation hearings for Scott Pruitt, President Trump’s choice for administrator of the U.S. Environmental Protection Agency (EPA). Inhofe, who is funded by the notorious Koch brothers and other big fossil fuel interests, has stated that only God can affect the climate, and is one of the most outspoken voices in Congress for turning our backs on the Obama administration’s climate progress.

No one knows for sure, but the 97% number likely first cropped up in 2013 from a study by Australian researcher John Cook, who surveyed 11,000+ climate science reports published between 1991 and 2011 in search of attribution of blame regarding the cause of global warming. According to Cook, two-thirds of the reports his team at the University of Queensland’s Global Change Institute surveyed made no mention of whether global warming was happening, per se. But 97.1% of the remaining 4,000 reports that did acknowledge the occurrence of climate change "endorsed the consensus position that humans are causing global warming.” Furthermore, Cook followed up by asking a sample of 1,200 report authors to determine whether their research confirmed that global warming is human-caused, with 97.2 of those respondents concurring.

But critics attacked Cook’s findings almost as soon as they were published. Richard Tol, a Dutch economist at England’s University of Sussex, first publicly articulated doubts about the 97% number in 2014 when he peeled off a team of researchers writing up a draft report for the United Nations’ Intergovernmental Panel on Climate Change (IPCC)—he claimed his colleagues were too alarmist. Tol stated that while he believes climate change to be real and likely human-caused, he also felt that Cook’s research methodology was flawed and that the 97% findings were “essentially pulled from thin air [and] not based on any credible research whatsoever." Tol then orchestrated a “re-analysis” of Cook’s data set and concluded that really only 91% of climate scientists think global warming is human-caused.

Tol, who subsequently joined the advisory board of the Global Warming Policy Foundation, a think tank that greens consider “the U.K.’s most prominent source of climate change denial,” isn’t the only climate skeptic to pile on against the 97% claim. In a 2014 Wall Street Journal commentary piece, Heartland Institute president Joseph Bast and former NASA climatologist Roy Spencer claim that the “so-called consensus comes from a handful of surveys and abstract-counting exercises that have been contradicted by more reliable research.”

But despite this quibbling, it’s clear that the vast majority of climate scientists agree that human activity is behind our current climate woes. Whether or not 91% constitutes “consensus” is a matter of semantics, and vocal minorities on the topic (like Senator Inhofe) will always speak up to defend their point of view. What scares the American people is when such a vocal minority has the ear of the White House.