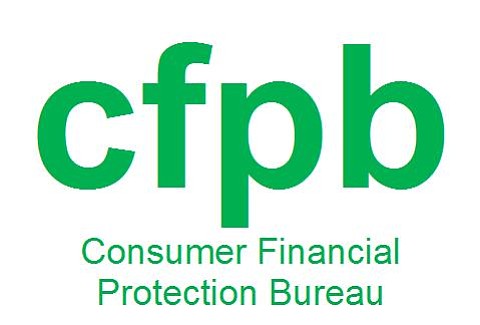 As a new Congress and White House begin their respective governmental roles, a still-growing cadre of supporters and opponents are focusing on the future of the Consumer Financial Protection Bureau (CFPB).

Ironically, Capitol Hill’s ongoing regulatory tug-of-war is really not a partisan issue for much of the nation. Early consumer polls documented that the strongest supporters for financial regulation were consumers of color. Considering that Black and Latino consumers are often targeted for financial abuse, strong support is understandable.

 By a margin of 55 to 28 percent, Trump voters oppose efforts to weaken or eliminate the CFPB;

 47 percent say the Dodd Frank financial reforms should be kept or expanded, as against 27 percent who want to see that law scaled back or repealed; and

 41 percent want the bureau to be left alone, and 14 percent say its power should be increased.

So why are some Capitol Hill lawmakers and lobbyists still determined to attack the CFPB and Richard Cordray, it’s the director of the agency? A number of recent actions appear out of sync with even President Trump’s base.

As early as January 11, a bill was filed to change CFPB’s governance from a single director to a five-member commission. Nearly six years ago, CFPB opponents tried unsuccessfully to create a less efficient commission rather than an accountable, single director structure. Sponsored by Nebraska’s Senator Deb Fisher, the measure was assigned to the Senate’s Committee on Banking, Housing and Urban Affairs and awaits further consideration.

On January 20, Reince Priebus announced to federal agency heads and executive departments that a regulatory freeze would take effect at noon that same day. As an independent law enforcement agency, many consumer advocates would argue that CFPB should be exempted from executive actions.

Even though the Priebus memo made no specific mention of CFPB, the specter of its still pending regulation hangs in the balance. After public hearings and comments, many consumer advocates anxiously await rules that would govern small dollar loans such as payday and car-title, and others affecting debt collection and auto finance.

In the meantime, a growing number of lawmakers, state officials and consumer advocates are raising their respective voices to alert consumers of all that is at stake and their commitment to financial fairness.

A total of 16 state attorneys general agree. On January 23, Connecticut AG George Jepsen and his colleagues filed a motion to intervene in a federal appeals case, defending the constitutionality of the CFPB.

Writing for the group, AG Jepsen said, “The CFPB is the cop on the beat, protecting Main Street from Wall Street misconduct. It was structured by Congress to be a powerful and independent agency that would protect consumers from the abuses of Wall Street, banks, and other large financial institutions…. That mission is still critical to consumers today.”

The following day, January 24, a letter to President Trump from 38 members of the Congressional Black Caucus called for Director Cordray to remain in his position through his confirmed 2018 term. According to the CBC members, with Director Cordray’s leadership nearly $30 million in civil monetary penalties and over $400 million in restitution went to 1.4 million minority consumers.

“Communities of color and, indeed, all consumers in America will benefit from having Director Cordray remain in his position and continue to independently implement the mandates imposed upon him by Congress as the Director of the CFPB”, wrote the CBC.

The letter to President Trump also followed a January 18 guest column jointly authored by California Congresswoman Maxine Waters and Congressman Cedric Richmond of Louisiana, the newly-elected chair of the Congressional Black Caucus. Their column declared that CFPB Director Richard Cordray had their “unyielding support” and added that the Bureau is “America’s most important consumer protection agency.”

“In 2007, the American economy was shaken to its core. Trillions of dollars in wealth disappeared,” wrote Waters and Richmond. “Nationally, the wealth of African-American families dropped a staggering 53 percent. Without question, a large part of that decline was a direct consequence of predatory lending practices by the financial services industry, targeted at communities of color, and the absence of a strong, independent federal regulator with the ability to stop it.”

“In its five years as an agency, the CFPB has recovered more than $11 billion for 27 million consumers harmed by illegal practices of financial institutions,” wrote Calhoun. “The Bureau has secured relief in more than 100 cases, directly putting money back in the pockets of American consumers who have been victimized by companies that refuse to follow the law.”

‘Follow the law’ – now that’s a thought worth lingering over.

The CFPB was created after 5 million American families lost their homes to foreclosure. The resulting loss of family wealth will take years, if not decades to recover. Earlier regulation protected the private sector much more than it did the public. And with no federal agency dedicated to consumer financial services, those who tried to speak up about financial abuses found that agency personnel did not have consumer protection as a top priority. Instead, agencies juggled other multiple and competing responsibilities.

While CFPB opponents and supporters continue to air their differences, Director Cordray and his staff are continuing to serve the public according to the law.

A January 24 Wall Street Journal interview quoted Director Cordray saying, “My job is to take the law as it’s given to me and enforce it and implement it faithfully. I think this independent consumer watchdog as part of that framework is a very important principle and one that we should fight to preserve.”

Well said, Director Cordray. Our nation and all of its people need you.

Charlene Crowell is the communications deputy director for the Center for Responsible Lending. Comment at thetimesweekly.com