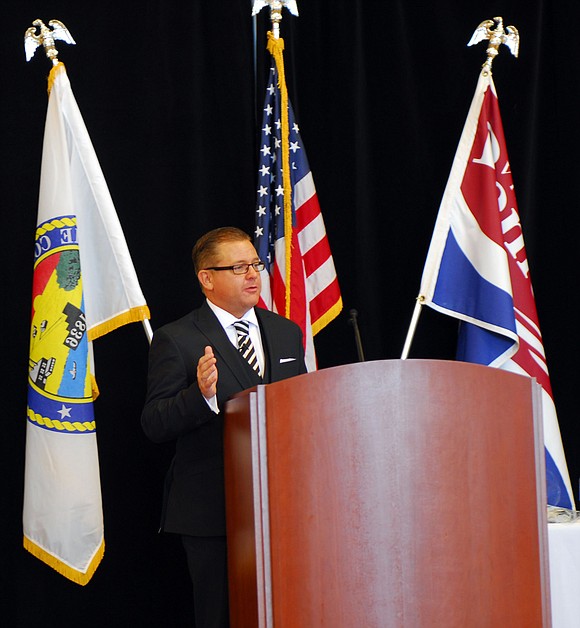 Romeoville Mayor John Noak delivers the state of the village.

In it he highlighted numerous projects from 2016 which resulted that added 2,300 jobs to the local economy—the highest single year total.

The village will begin the construction of Discovery Park and additional sports fields in conjunction with Joliet Junior College creating a total of 45 new acres of open space.

Transportation projects will corridor improvements along Route 53, construction of a new Metra station set to begin in April and an update on the I55 Weber Road Interchange project.

The added revenue generated from the ongoing commercial development has helped to keep village residents’ property taxes low and allowed for the construction of several projects with cash on hand.

As a result the village has received a bond rating upgrade from Fitch Ratings in 2016.

• And Business of the Year was presented to Metal Monkey Brewing

Residents can see the complete video of the presentation on the village' s website and public TV channels, Comcast channel 6 and U-Verse channel 99.