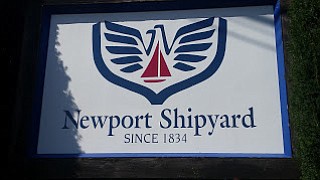 One distinctive feature is the hollowed out grand piano that serves as the inns Front Desk . That should give you an idea of the uniquely creative touches that abound throughout the property. The rooms are all newly renovated and designed with plush amenities that reflect a true sense of time and place. The furnishings are timeless as well, with a modern flair and eye toward convenience. Avail yourself of the complimentary freshly baked cookies and hot tea or coffee available around the clock in the quaint parlor. A complimentary hot breakfast, made to order, is one of the highlights of a stay, with Buttermilk Pancakes, French Toast, and fluffy omelettes available just a short walk away at one of the inns sister properties, The Black Duck Inn, located just a stone's throw from Newport's busiest street and Newport Harbor or the Newport Blues, just a short walk up the crest of the hill to its intimate breakfast room on the lower level. Visit bluejewelsofnewport.com for reservations and information.

Newport Rhode Island is one the most treasured historic locales in the country and certainly among its most picturesque. 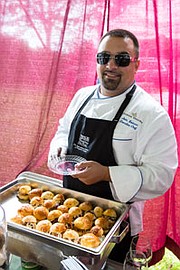 Each year, the Newport Folk Festival and the Newport Jazz Festival bring thousands of music lovers from around the world, many of whom stay for the season to enjoy both.

At 91 years old, Newport Jazz Festival founder, producer and chairman George Wein continues to helm the world's oldest premiere jazz festival. Grammy-winning vocalist and composer Gregory Porter delivered his unique blend of gritty originals and vocal jazz standards and pianist Chick Corea celebrated his 75th birthday, presenting his Trilogy of Bassist Christian McBride and Drummer Brian Blade at the International Tennis Hall of Fame in an Opening Night concert of pensive standards. Weekend concerts at Fort Adams included a steamy set from saxophonist Kamasi Washington in his Newport debut, a standing-room only set on the Main Stage at Newport Harbor from fiery vocalist and pianist Jane Monheit and pianist Monty Alexander and his quintet, celebrating his 72nd birthday and, surprisingly, making his debut with his first-ever appearance at the Newport Jazz Festival. The 2017 edition of the Newport Jazz Festival features Trombone Shorty and New Orleans Avenue and Rhiannon Giddens on Opening Night at the International Tennis Hall of Fame at the Newport Casino and Fort Adams weekend appearances by Bela Fleck and the Flecktones, sax legend Maceo Parker, jazz vocal stylist Cecile McLorin Salvant, Christian McBridge Big Band, and Jason Moran and the Fats Waller Dance Party with more surprise special guests to be announced. Get your reservations and tickets now if you want to be part of the action. Contact newportjazzfest.org and newportfolk.org for tickets and information.