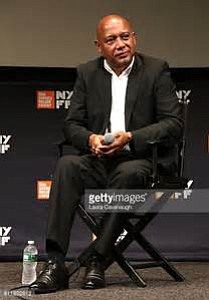 Two films that lay bare the raw roots of racism are nominated in the category of Best Documentary (Feature) by the Academy of Motion Pictures and Sciences at this year's Oscar Awards.

Ava DuVernay's 13th exposes the history of mass incarceration and criminalization of blacks in America, which has its roots in the 13th Amendment of the Constitution, which abolishes slavery and involuntary servitude, except as punishment for a crime. The amendment sparked mass incarcerations of freed slaves. The former slaves were then assigned to road gangs, which were used as construction crews to rebuild the defeated South. The situation was exacerbated in 1994 with passage of the bi-partisan "three strikes" crime bill, signed by President Bill Clinton, which sent thousands of black men to prison for excessively long sentences for relatively minor crimes.

The film begins with an ominous quote from former president Barack Obama; "The United States is home to 5 percent of the world's population but 25 percent of the world's prisoners." For 100 minutes that will have you riveted to the screen, the film artfully intercuts scenes from D.W. Griffiths Birth of A Nation, which charts the rise of the Ku Klux Klan, with footage of lynching’s, newspaper headlines from the Emmett Till murder, and present day police shootings and brutality. 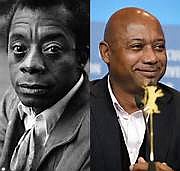 Raoul Peck's I Am Not Your Negro is based on author James Baldwin's fragment of a treatment for an unfinished film on the assassinations of his three close activist friends, Dr. Martin Luther King, Malcolm X and Medgar Evers. Baldwin said their deaths "rocked my universe." Baldwin only completed 30 pages of the project before his death in 1987.The film skillfully uses the voice of actor Samuel L. Jackson, in a masterful and unusually subdued performance, which speaks almost as the 'inner voice' of Baldwin's sub-conscience as the film opens with shockingly graphic shots of the three slaughtered leaders and progresses through a litany of violence directed at blacks, from lynching in the South and Emmett Till to the Rodney King beating and subsequent riots right up to today's police shootings and Black Lives Matter. Scenes from archival footage Baldwin's acerbic commentary on the Dick Cavett show and at university lectures lends the author's own powerful and outspoken voice.

It took Raoul Peck more than five years to complete his film, which clocks in at a slim 95 minutes, but despite its brevity, it packs a wallop. Unfortunately, Baldwin's harsh words in his TV interviews and lectures ring as true today as they did at their inception.