How much will IL tax increase cost you? 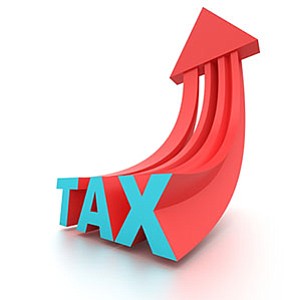 Republicans and Democrats in Illinois have united behind a plan to raise the state income tax by $5 billion a year. The Illinois Policy Institute has launched a tax hike calculator where Illinoisans can enter their income and household size and learn how much the tax hike will cost them.

"Tax hikes have been tried in Illinois before. They’ve inevitably failed because they don’t fix the core problems of too much debt and too much spending. In fact, they allow such reckless behavior to continue," said Michael Lucci, vice president of policy at the Illinois Policy Institute. "Taxpayers need to put Illinois’ government on a diet, not the other way around."

Here's four reasons why Illinois lawmakers should abandon their plan to raise taxes:

Weak economic growth has resulted in Illinois having the nation’s highest black unemployment rate and second-highest youth unemployment rate. Illinois has the worst recovery of manufacturing jobs in the Midwest, and the worst recovery of single-family housing starts in the U.S. Finally, the Land of Lincoln still has fewer jobs than in the year 2000. Illinois’ economic weakness is a long-term problem. Another tax hike will make it worse.

people entering – is the largest of any state.