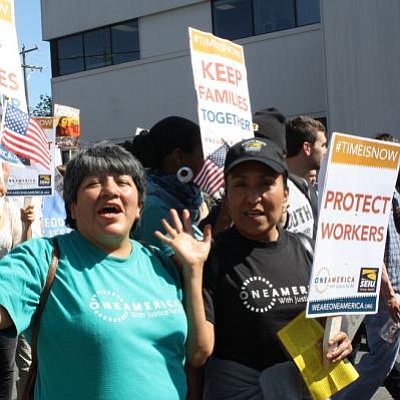 Legislation sponsored by state Rep. Larry Walsh, Jr., D-Elwood, protecting the rights of working men and women in Illinois by preserving the right for them to collectively bargain recently passed the House of Representatives with bipartisan support.

“My measure will preserve the rights of hardworking men and women across Illinois by allowing them to collectively bargain,” Walsh said. “This means Illinois workers will continue earning fair wage and be able to protect themselves from unsafe work environments.”

Walsh’s Senate Bill 1905 protects all Illinois workers by any unit of government from enacting “right-to-work” laws pushed by Gov. Bruce Rauner and his right-wing allies. The governor’s plan would weaken the ability of individuals to collective negotiate for fair wages, safe workplaces and competitive benefits. Studies show these “right-to-work” laws cut middle-class wages. Walsh’s bill is supported by the Illinois AFL-CIO, Illinois Federation of Teachers, and Associated Fire Fighters of Illinois.

“Unions have had a positive effect on our country as a whole by allowing hardworking men and women to provide for their families and make a decent living,” Walsh said. “I will continue fighting to lift up middle-class families and work to create good-paying jobs.”