Dear EarthTalk: How are farms and farmers dealing with climate change? 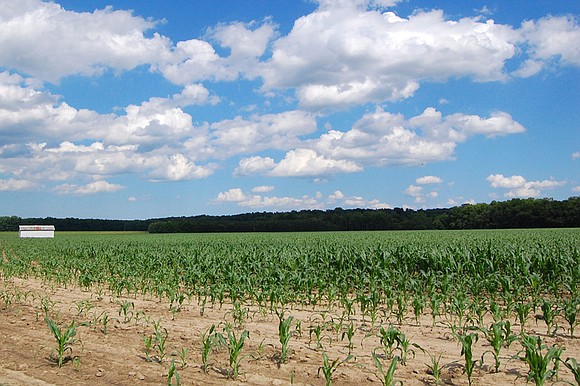 Agriculture may well be one of the industries hardest hit by the effects of global warming. The non-profit Natural Resources Defense Council (NRDC), a leading environmental advocacy group, reports that warming-related drought and flooding is already behind tens of billions of dollars in American agricultural losses annually. Given this growing threat, more and more farmers are looking to incorporate tools and techniques—let alone switch up what crops they grow—to be prepared for the big environmental changes already underway.

According to Washington State University’s Center for Sustaining Agriculture & Natural Resources (CSANR), some of the most promising warming-friendly farming technologies and practices include conservation tillage (stirring up the soil less), precision agriculture (which employs information technology to monitor crop development, refine soil inputs and optimize growing conditions), improved cropping systems (refining the sequence of which crops follow each other on a given piece of land), and anaerobic digestion of organic wastes (via capturing methane waste and turning it into useable energy).

NRDC has been working on sustainable agriculture for decades, and recently launched its Climate Resistant Farms campaign to focus on helping farmers roll with the punches of global warming through implementation of some of these new techniques. The group works directly with farmers to develop and share some of these best practices regarding soil health and water use.

“Climate change and extreme weather will likely have detrimental impacts on crop production, but farmers can use cover crops and other soil stewardship practices to make their farms more resilient to the climate change impacts already being felt and those likely to come in the years ahead,” reports NRDC. “Such practices can also help to reduce and capture the greenhouse gas emissions that contribute to climate change.”

NRDC analyzed the carbon capture and water-holding benefits of soil stewardship methods to increase soil organic matter in the 10 highest-value-producing agricultural states in the U.S. They found that “using cover crops on just half of the acres devoted to the nation's two most ubiquitous crops—corn and soybeans—in those top 10 states could help capture more than 19 million metric tons of carbon each year and help soils retain an additional trillion gallons of water.”

But despite the benefits, fewer than seven percent of U.S. farms plant cover crops, while only one percent of total cropland nationally has them. NRDC would like to see the Federal Crop Insurance Program (FCIP)—which is backed by U.S. taxpayers—offer discounts to farmers who implement cover crops “just as safe drivers can get discounts on their car insurance.”

“While the program was created to help farmers manage risk, premiums are set using a formula that fails to equip them for the challenges of climate change,” states NRDC. “Instead, the program spurs farmers to make risky production decisions.” NRDC points out that besides saving taxpayer dollars in insurance payouts, expanding climate-friendly agricultural practices helps “ensure a reliable food supply for the nation even in the face of more extreme weather and climate risks.”