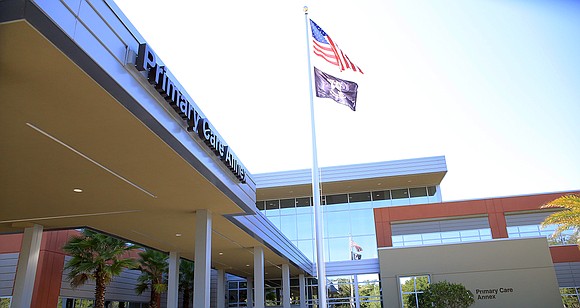 Rewarding failure appears to be something of a tradition at the Department of Veterans Affairs.

In April, President Trump kept up that tradition by signing the Veterans Choice Improvement Act, which extends the beleaguered Veterans Choice program. That initiative, originally due to expire in August, gives select veterans the freedom to seek care from private providers.

The program has utterly failed at its express purpose -- expanding healthcare choice and reducing the wait times faced by veterans seeking care. In some cases, it's exacerbated life-threatening delays.

Instead of throwing more money at the program, lawmakers should give cash directly to veterans to pay for their medical care. Healthcare vouchers would empower veterans to secure timely care in the private sector -- and finally get the VA out of the healthcare business.

Congress passed the Veteran's Choice Act in 2014 in response to a scandal in which agency employees were caught covering up excessive wait times at VA health facilities. The Choice program allows veterans facing wait times of 30 days or more, and those without a VA facility nearby, to obtain care from a network of private providers.

Cutting wait times and expanding healthcare choices for veterans are certainly worthwhile goals. But the $10 billion program hasn't lived up to its potential.

A recent report by the VA's inspector general found that Choice enrollees still face high barriers to access, including "cumbersome authorization and scheduling

Beneficiaries had to wait an average of 32 days before they were approved to receive outside treatment. After getting the go-ahead from agency bureaucrats, vets had to wait an additional two weeks for an actual doctor's appointment.

In other words, ailing veterans languished for 45 days, on average, before seeing a physician. For a program created to avoid wait times of 30 days or more, this result amounts to a total failure, plain and simple.

To further relieve wait times, the Veterans Choice Act provided $2.5 billion for hiring an additional 12,000 VA staffers across the country. But that money was largely squandered.

For instance, before the Choice Act, some veterans faced the nation's longest waits for mental-health care, while their counterparts others faced some of the shortest. Yet administrators used the new funds to give both offices the

same number of new psychiatrists, according to an investigation by NPR.

Trump is expected to sign an executive order establishing an Office of Accountability and Whistleblower Protection at the VA. That office will help VA Secretary David Shulkin fire subpar agency employees more swiftly.

But contrary to Shulkin's view, the VA isn't just a few reforms away from being fixed.

It's time the VA got out of the healthcare business -- and gave its generous federal funding directly to patients in the form of healthcare vouchers.

We've already trusted veterans to keep our nation free and secure. Surely, they're up to the challenge of making their own healthcare decisions. It's hard to imagine they could do worse than the VA.