Wine of the Week: Lynfred Winery in Roselle, IL - A Local legend in the making 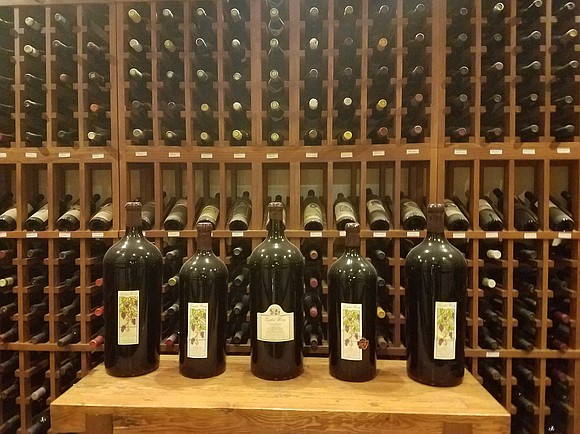 Illinois has a thriving wine industry and, thanks to Fred E. Koehler, founder of Lynfred Winery in Roselle, the wines have garnered national attention and several prestigious awards.

Lynfred Winery in Roselle is an impressive facility. The grapes are imported from California, then vinified and cellared in a state-of-the-art facility that has expanded by leaps and bounds. With a complete line of red, white, sparkling, fruit wines, ports and ice wines, there's no end to the dynamic range of tasting experiences at Lynfred.

The story began in 1975 when Fred and his late wife Lynn began making wine in the basement of their home. What began as a hobby quickly grew out of hand, and the Koehler's decided to go commercial, establishing the first winery in Illinois in 1975. What began with just 7 varieties and 5,000 gallons of wine has grown to more than 80 varieties and 100,000 gallons of wine a year.

The winery at 15 S. Roselle Rd. in Roselle, IL. features not only an impressive tasting room, but a luxurious bed and breakfast with suites that transport guests to a global experience of luxury.

Lynfred Winery came to national prominence in 1983, when its Chardonnay earned national recognition in 1985 when it won 'Best of Class and Best of Show' against other prestigious California wineries in a Reno, Nevada judging. One month later, this wine made history by winning another major national competition, again “Double Gold", at the National Restaurant Show in Chicago. 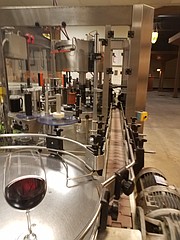 Fred E. Koehler, founder of Lynfred Winery, also considered the father of the Illinois wine industry, was a business savvy man and self-taught winemaker whose aspiration to produce wines of excellence earned him the title of a legend. Robert Mondavi once told him "You're wasting your time in Illinois. You ought to come to California", but Koehler replied that his roots are in Illinois. In the 1920's Fred's grandfather and father made wine for the family and local politicians. Then in 1975 Fred, along with his late wife Lynn, made his first batch of wine in the basement of their home. “We had so much wine we outgrew our house and had to go commercial.” What began as “a hobby that got out of hand" led to the opening of the first winery in Illinois in 1979 with 7 varieties and 5,000 gallons of wine.

It was a rough beginning; Koehler had to overcome many obstacles along the journey. Converting a residence into a commercial business, convincing California vineyards to ship their grapes 2,000 miles to Illinois, and fighting to get Illinois laws changed to allow more freedom in producing various varieties and in larger quantities, just to name a few. Koehler’s big break came when his 1983 Chardonnay earned national recognition in 1985 when it won 'Best of Class and Best of Show' against other prestigious California wineries in a Reno, Nevada judging. One month later, this wine made history by winning another major national competition, again “Double Gold", at the National Restaurant Show in Chicago.

The real test of a wine is in the tasting and Lynfred Wines, particularly the Premium Wines and Sparkling Wines, are among the best. The Petit Syrah 2012 Reserve ($35), for example, is a rich, robust wine with flavors of dark cherries and cassis with a hint of black pepper and baking spices from careful aging in oak barrels. The 2013 Aglianico ($25.25) is a celebration of this decidedly Italian-influenced varietal, with hints of peppercorn and dark chocolate. Among the Sparkling Wines, The Sparkling Almond ($25) is an unexpected rare treat with a hint of sweetness and a nutty flavor that lends itself to seafood salads, fresh fruit and soft cheeses, The Sparkling Brut ($25) is a favorite at summer garden parties and weddings. Save room for a rich "Port" such as the Ruby Reserve ($35), a fortified version that blends the Italian influenced variety Sangiovese with rich Cabernet. With summer here, there's no end to the captivating food and wine combinations possible with Lynfred Wines.