RANGEL, VERONICA, 38, of 8306 PEMBRIDGE, arrested and charged with retail theft.

GROCESLEY, DEANGELO B., 20, of 208 E. CASS, arrested and charged with parole violation. 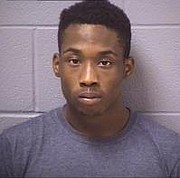 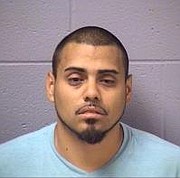 A residential burglary was reported in the 300 block of Hemlock. Unknown person(s) took three rings, earrings and a watch from the residence.

A retail theft was reported in the 200 block of West Romeo Road. Two unknown subjects took two alcoholic beverages with a total value of $5.98.

A criminal defacement to property was reported in the area of McKool and Gordon. Unknown person(s) defaced three stop signs and a street sign with gang graffiti.