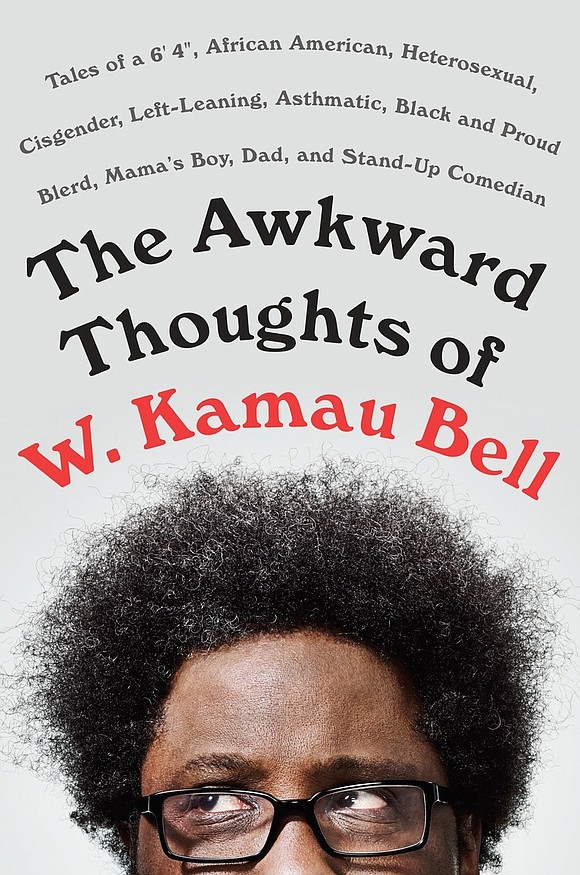 You are a very different kind of person.

You like things that others don’t like, you’re good at something that nobody else can do, and you laugh at the craziest jokes. You’re different – and that’s okay. If we were all the same, as you’ll see in “The Awkward Thoughts of W. Kamau Bell” by W. Kamau Bell, life would be awfully boring.

When Kamau Bell was born in late January, 1973, his mother was already “a pioneer.”

She’d been married and divorced twice, and was unmarried and 35 years old when Bell was born. Unwilling to marry Bell ’s father, she defined her own life and raised her son to do the same.

Bell grew up a “blerd” (a Black nerd) who loved superhero comics and TV cartoons. He especially “LOVED! LOVED! LOVED!” the Incredible Hulk and thought he could actually be Spiderman because it was possible that Spidey was Black. Bell says he didn’t, however, much care for the superheroes who seemed to have “some sort of contractual obligation to put the word ‘Black” in their Superhero name.”

Bell also loved Bruce Lee movies, and though there were surprisingly few authentic Lee films, the awesomeness of martial arts led Bell to take classes. He was a big Saturday Night Live watcher, absorbed stand-up comedy acts, and he appreciated how Muhammad Ali lived life by his own rules. All this – added to the day when someone other than his mother laughed out loud at his jokes - led to a decision: Bell gave up a scholarship to an Ivy League college, to pursue a career in comedy.

It wasn’t the smoothest of paths. He didn’t do well at his first gig. Audiences didn’t laugh, so he tried another comedy tactic by utilizing the subject of racism in his shows. He wrote, offered workshops, found a niche medium, created a podcast, met a few of his idols, was taken advantage of (often by white men), and he bounced ideas off others as he meanwhile met an independent woman, fell in love, and started a family.

And his career took off…

When reading a book by a comedian, one might expect to laugh, right?

“The Awkward Thoughts of W. Kamau Bell” just isn’t that kind of book, oddly enough. While there are some chuckles here, and an LOL or two, the heart of author W. Kamau Bell’s book is more introspective than not. That could be a disappointment for readers looking for an escape, with belly-laughs.

That’s not to say that this book isn’t enjoyable, because it is. Bell is perfectly willing to poke fun at himself while examining late-1970’s pop culture, Blackness (always with a capital “B”), marriage (to a white woman), parenting, and politics. These universal topics are tackled with the wry, nudge-wink feel of a talk-show, which isn’t bad… but isn’t always funny, either.

mailto:bookwormsez@yahoo.comOverall, this book is entertaining but it’s not a roll on the floor. Fans will like it a lot but for others, “The Awkward Thoughts of W. Kamau Bell” is very, very… different.