Blotter: unlawful use of a weapon, domestic battery and more

CARRENO, NICOLAS, 25, of 310 LEACH, arrested and charged with domestic battery.

LOPEZ, AMANDA, 19, of 2812 STONEBRIDGE DR. in PLAINFIELD, arrested and charged with retail theft.

GATES, SEBASTIAN L., 18, of 412 GARNSEY AVE., arrested and charged with AGGRAVATED UNLAWFUL USE OF WEAPON, DEFACING IDENTIFICATION MARK OF FIREARM and POSSESSION OF CONTROLLED SUBSTANCE.

MADONIS, CHRISTINA F., 27, of 210 GREENFIELD RD. in SHOREWOOD, arrested and charged with obstruction of an officer.

BURTON, GERMAINE C., 19, of 114 ILLINOIS, arrested and charged with AGGRAVATED UNLAWFUL USE OF A WEAPON and POSSESSION OF A WEAPON BY A FELON. 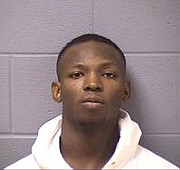 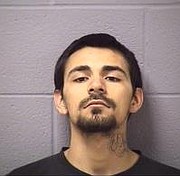 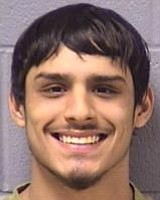 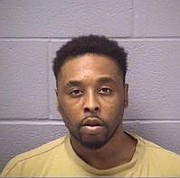 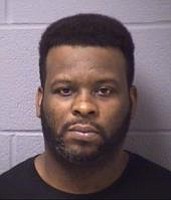 28th Officers were called to the 300 block of Woodcreek Dr. for the report of criminal damage to property. Several pumps and an electrical box were damaged near the pond. (17-2141)

30th Officers responded to Petland, 744 E. Boughton Rd., for the report of a theft. Unknown subject entered the store at 1:08pm, concealed a ferret in clothing and exited the store without rendering payment. Loss valued at $200. (17-2170)

2nd Officers responded to Great Clips, 757 E. Boughton Rd., for the report of a burglary. Unknown subject broke glass window to gain entry. The cash register was found open and the drawer located on the floor. (17-2206)