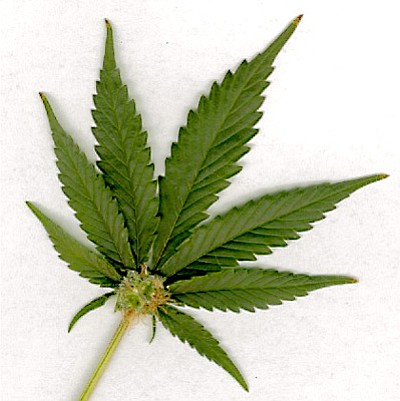 There’s no denying the shifting perception and policy surrounding marijuana in the U.S. It is legal to some degree in 30 states (mostly for medicinal purposes) and recreationally allowed in California, Colorado, Washington, D.C., Massachusetts, Alaska, Oregon, and Nevada. Some people expect that heavy West Coast movement to head to the East and then work its way back to the center. Is that actually going to happen? It’s pretty much impossible to say.

New attorney general Jeff Sessions was quoted as saying consuming pot was “slightly less awful” than heroin. That doesn’t mean a crackdown is on the horizon but it’s probably safe to say the subject remains a divided one, both in the government and on the ground level.

How to maintain a safe workplace where Marijuana is legal

With all of that said, in those states where it is recreationally available, is it making inroads into the restaurant industry? A few signs point to yes. TripAdvisor even has a Top 10 Weed Restaurants List for 2017.

OutCo, a Southern California-based, fully vertical cannabis company, released a report on marijuana’s possible effect on the alcohol industry. Along with Monocle Research, the study showed that California millennials are swapping the two in many instances, with a strong contingent turning to pot instead of alcohol. And this is only rising.

Fifty-one percent of the millennials said they would be open to substituting cannabis for alcohol altogether. One in five Genration Xers agreed, and just 8 percent of Baby Boomers.

"We found that for millennials, the choice between the two main recreational substances, alcohol and tobacco, has always been an easy one. Growing up with anti-tobacco messaging, the smoking rate for 18—29 year olds in the U.S. has dropped by 22 percent over the past decade, leaving alcohol as the substance of choice," says OutCo CEO, Lincoln Fish, in a statement, "But we are already seeing a decrease in alcohol sales, which means that cannabis is poised to be the new recreational substance of choice for many millennials and beyond."

This was most prevalent with beer, with 34 percent of millennials saying they would opt for cannabis over a brew. Just 18 percent made the same claim for wine and 14 percent would pick cannabis over spirits.

As for why, the study found responses clustered around safety, cost, and health. “In regards to safety, many expressed the fear of making poor decisions when consuming alcohol, which included driving over the legal limit. Cost also came into play, with many stating that their overall spend on alcohol outstrips that of high quality cannabis. Finally, health was stated as a factor when substituting marijuana for alcohol. Participants shared that the effects of a hangover from alcohol lasted the entire next day, while high volumes of cannabis usage had no noticeable lasting effects; thereby making them feel healthier and more active,” the study explains.

Producers are taking notice. Humboldt Distillery, a producer of award-winning organic vodkas and rums, released a cannabis-infused vodka in honor of 4/20. The spirit is available at select retailers in Arizona, Colorado, Florida, Georgia, Indiana, Texas, and Wisconsin.