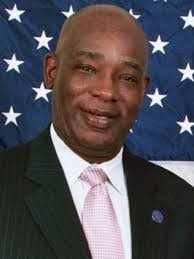 Valley View Public Schools are mourning the loss of Mr. Leroy Brown, the VVSD Safety Coordinator who passed away on Oct. 31, 2017 following complications from heart surgery. Mr. Brown also served as a trustee for the Village of Bolingbrook where he was first appointed in 1993 and was elected to a full term in 1995. He was appointed deputy mayor in 2000.

“We are deeply saddened by the passing of our friend,” said Mr. Steve Quigley, President of the VVSD Board of Education. “He was an iconic leader in our District, and our community as a whole. We know we will benefit long into the future from his professional knowledge and leadership, but more importantly, we are better people for having known Leroy Brown.”

Mr. Brown’s impact on the VVSD community lives on in the safety procedures and protocols he put in place in order to ensure students and staff members have one of their most basic needs met every day- a safe environment in which to learn and work.

“Leroy Brown is a true Pillar of Valley View,” said Dr. James Mitchem, Jr. Valley View District 365U Superintendent of Schools. “His expertise and knowledge in safety and security were obviously his biggest professional assets. But, what made Leroy special was his dedication to making sure kids are safe, and his ability to establish personal relationships with our staff. While we mourn the loss of our friend and colleague, we take comfort in knowing Leroy’s impact will carry on into the future.”

Leroy Brown was hired by Valley View Public Schools as School Safety Coordinator in 2006. Under his leadership, VVSD has made numerous improvements in the safety infrastructure of its’ school buildings. Those improvements include safe zones, lockdown alarms, classroom doors that lock from the inside, and lockdown indicator lights on all school buildings.

However, Mr. Brown’s most significant work was recruiting and hiring the people that make up the VVSD Security Staff. He understood that while hardware is important to security, the highest level of security only comes from the human element of highly-qualified and well-trained personnel. He also served as a bridge between VVSD and area law enforcement agencies.

In addition to his work in VVSD, Mr. Brown also served as a Village of Bolingbrook Trustee and Deputy Mayor, was active in several community organizations including the Knights of Columbus, American Legion, Veterans of Foreign Wars, and the Boy Scouts of America.

Prior to joining VVSD in 2006, Mr. Brown served as head of security for the Sears Tower in Chicago for 33 years, including supervising the security measures on September 11, 2001. His professional philosophy is best summed up in a saying he used quite often, to explain the importance on practicing security procedures:

Services for Mr. Brown will be held starting November 9 with visitation from 2 to 6 p.m. at St. Francis church, 1501 West Boughton Rd in Bolingbrook followed by a prayer service from 6:30 to 8:30 p.m. Visitation will also be held on November 10 from 9 to 10 a.m. followed by a mass service starting at 10 a.m. with internment to follow at Hillcrest Cemetery.