Benford running for State Rep. in the 98th 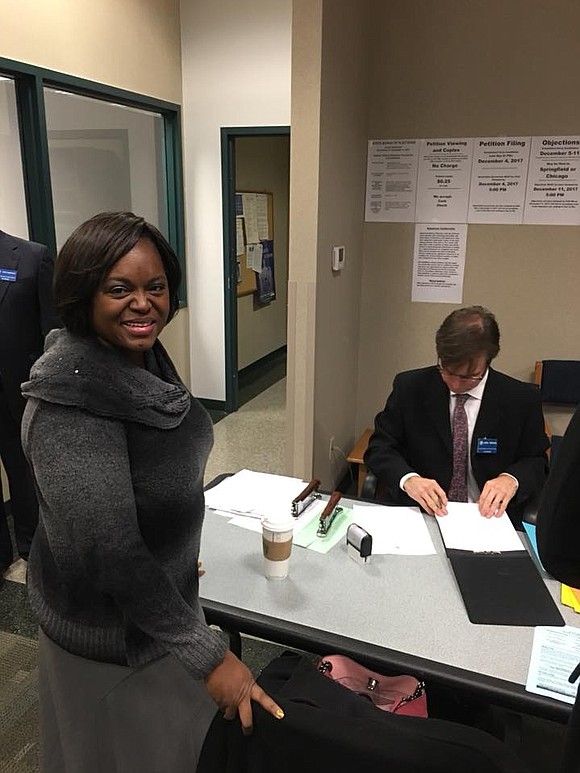 Bolingbrook resident, Alyssia Benford has filed paperwork with the State Board of Elections to run as republican for the 98th District seat in the Illinois House of Representatives. Submitted photo

Bolingbrook resident, Alyssia Benford has filed paperwork with the State Board of Elections to run as republican for the 98th District seat in the Illinois House of Representatives. The 98th District covers all or parts of Bolingbrook, Romeoville, Joliet, Plainfield, Crest Hill and Naperville.

“I am running to represent the families of our community and the first step in the process is filing petitions,” said Benford in a statement.

Having the support of over 30 volunteers helped her campaign garner enough signatures to file on the first day said Benford who previously served as a DuPage Township Trustee.

She said she is running to be a voice for her community “within State Government.”

“We need representatives in Springfield that are effective and represent the needs of our community,” she said.

Benford received support from all the townships and municipalities within the 98th House District and will be the first African American female to run as a Republican for the House in Illinois History.

She said that her work as a township trustee gave her experience working in a bipartisanship fashion.

“I am going to Springfield to ensure the residents of the 98th district are represented effectively and fairly and I will work with everyone regardless of their political party affiliation to serve our families and our community,” said Benford who will run in the Illinois primary election which takes place on Tuesday, March 20 next year.

Benford graduated from Florida A&M University with a Bachelor of Science degree in Accountancy and has been a practicing Certified Public Accountant for close to 25 years. She has a Master of Accountancy Degree in Governmental Accounting from Rutgers University and is currently pursuing a doctoral degree in Educational Leadership and Policy at Florida State University studying pension systems throughout the country and their impact on school district finances and property taxes.

She is one of the founding partners of Benford Brown & Associates, LLC, a Chicago accounting firm, where she has worked for over 20 years.

She is also a member of Alpha Kappa Alpha Sorority, Incorporated and a recent breast cancer survivor.

Benford has been studying property taxes, education financing and pension plans for several years and would bring what she describes as “a unique skill set to the table that we need right now in our state.”