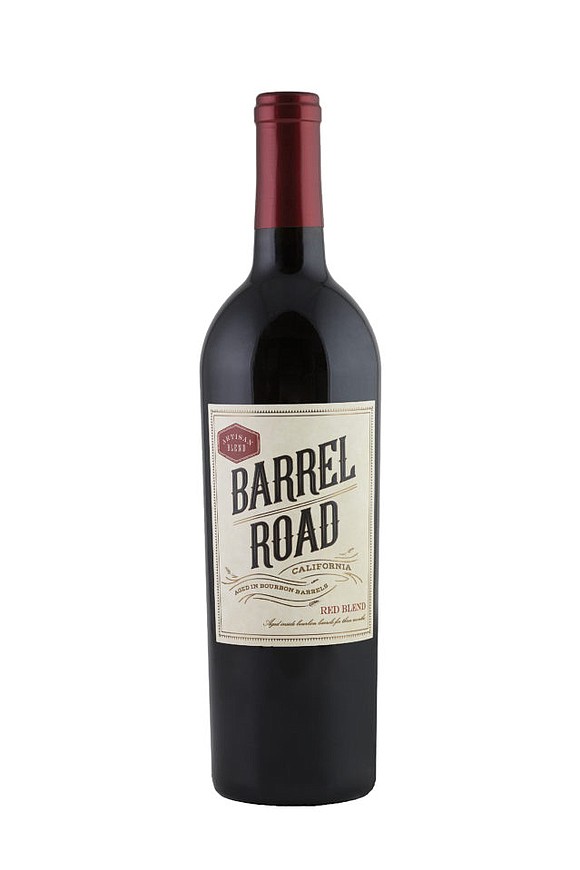 The Holidays are here in full force. If you're planning the menu for an

upcoming party or the Holiday feast, the type of wines to serve can often

leave you in a quandary, especially with the myriad variety of foods and

flavors that will wind up on the buffet or dinner table. If you're looking

California Red Blend from California's Central Coast. The area, which stretches along the Pacific Ocean from just south of Monterey to just above the Los Angeles area, is some of the most picturesque country in the world and is also some of the most fertile ground for wine production in the world.

The wines from the region are typically bursting with flavor and Barrel Road is no exception. That is for two reasons, first, for its namesake Bourbon Barrels.

Comprised of new American oak gleaned from the winery's partners at Backbone Bourbon producers in Indiana, the barrels travel overland on the Midwest's storied back roads and historic Highway 70, through the Rockies, across the salt flats of Utah and around Lake Tahoe before heading south to the winery. The wine is primarily Merlot-based, which is where it gets much of its flavor and body. It is

color, structure and complexity; a classic California blend, which is the

signature composition of some of the state's most celebrated red wines.

Barrel Road, with its robust flavor and complex structure, is certain to be

ranked among some of these 'screamin' falcons' but at a fraction of the price.

Let's talk about the wine. The first thing that greets you is the bright,

deep red color, like a valuable Ruby or Garnet stone. The deep color is

plums and wild blackberries. The bourbon-soaked barrels used for aging

quickly make their purpose known. There's a pronounced smell and taste of

baking spices; cinnamon, nutmeg and allspice, with an overlay of vanilla

and chocolate and lingering notes of caramel, coffee and molasses-all

indicators of the use of bourbon barrels.

Although made from grapes from the Central Coast, it is cellared and

bottled in Sonoma County under optimum conditions. The wine is actually

aged in a two-step process. A portion of the wine is aged for three months

in used bourbon barrels, the rest in new American oak. The two are then

blended together in a final blend that preserves the ripe, flavor

characteristics of the original fruit with the complexity of baking spices

and the unique characteristics of the bourbon notes.

stand alongside a Standing Rib Roast, or Roast Goose, Pheasant, Duck or any

other game meat. Sage or Rosemary stuffed Turkey or a Ham smothered in

Honey and Cloves, Yams or Sweet Potatoes baked with cinnamon and nutmeg

spices are classic fits. Try substituting some of the traditional Holiday

or some game meats, such as Wild Boar or Venison. Cauliflower steamed and

pureed to resemble mashed potatoes, mixed with baking spices is another

terrific side dish that will garner praise. This is a powerful wine at a

mighty great price. It has a flavor that will have your guests giving you a