Opinion:Trump's instability a signal to invoke the 25th Amendment 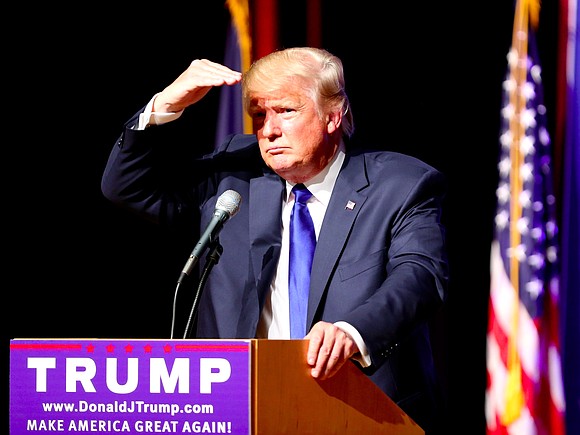 being the result of an unstable, unruly dictator-like President Trump few Republicans are willing to stand up against. He's a President who roughly one-third of the American population worships and who boldly applaud every wretched and reckless remark he spews.

If we took a step back two years in time, before he entered the presidential

campaign and all his sexist, racist, xenophobic Trumpeting, and pulled out our

crystal balls to glimpse what America and the Presidency would look like today, we'd be in a state of stupefaction and horror. It would be beyond the mere disbelief we now experience, on a daily basis, because of the gradual normalization of such ill

behavior by the leader of our country. We're now living with a President who in

recent weeks has proven daily in one way or another, he's completely unhinged.

As a result, our nation is inching ever closer to grave danger both from within and

women, and LGBTQs have led to an upsurge in violence against minorities. White

nationalists have become emboldened. Equally disheartening is the awakening of the usually-silent (except in like-company) racist white population that makes up an

easy one-third or more of our country. This figure's gleamed from an August 21 –

On October 10th, Trump went beyond his standard lashing out at the media. He

tweeted: “With all of the Fake News coming out of NBC and the Networks, at what

point is it appropriate to challenge their License? Bad for country!” When the

The next and more pressing issue of the day, because of the vast scale the danger

presents, is Trump's inching us ever closer to the threat of a nuclear attack by

for America. Trump is playing with fire and doesn't seem to care who might get

scorched in his path. On October 12th, we were told North Korea's missiles aren't

quite there yet, by John Kelly, the White House Chief of Staff who's also a retired

Marine general. He did state, however, “The American people should be concerned

This comes only days after Republican Senator Bob Corker, Chairman of the Foreign

Relations Committee, said Trump's threats could put us “on the path to World War

In light of all that's occurred and the imminent threat we're facing, we should take

immediate advisement. Their 384-page scathing analysis of Trump's mental condition warns that he's severely unfit to serve and is thereby putting our nation in grave danger.

It's time now for all Americans who care about our democracy, pluralism, and the

avoidance of another world war to vociferously call upon congress to invoke Section 4 of the 25th Amendment. More at thetimesweekly.com

Your comments are welcome at news@thetimesweekly.com