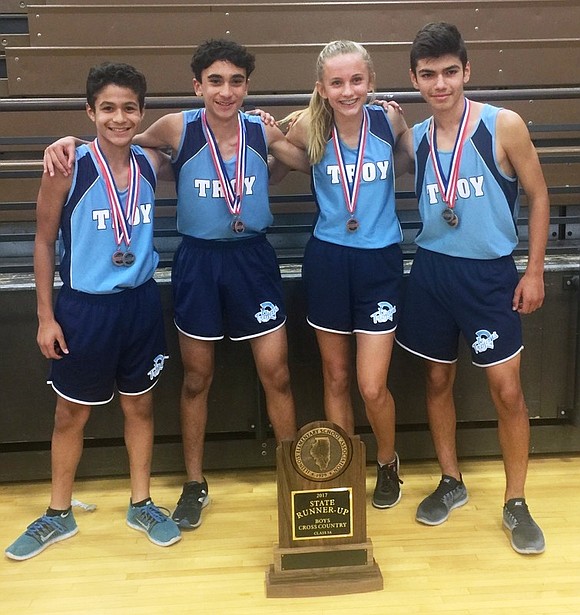 Receiving individual medals for placing in the top 25 were Dan Schalk, who placed 7th; Erick Guzman, who placed 12th; and Tony Kochev, who placed 21st.