Ask Alma: I moved in with my boyfriend and his wife. Now I’m pregnant. 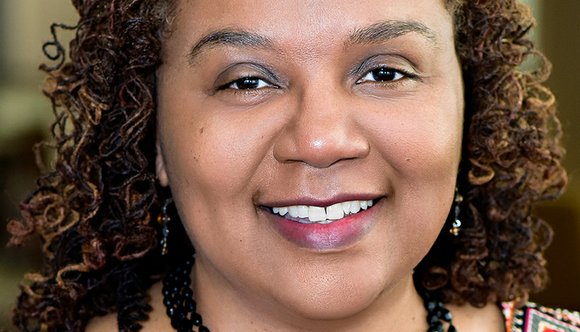 I really enjoy your column and I could really use some advice. I’ll try to keep this short. I had a long-term relationship and we broke up and he moved to a new state. After three year,s we started talking again on Facebook and then one thing led to another and we got back together. We were still having problems and we broke up again. Within a year he married someone else. I was heartbroken and couldn’t believe he married somebody else after all that we had. Fast forward, it’s been five years and I have not been in another relationship like the one we had. He and I started talking again, we met up and everything fell back into place. Instead of leaving his wife and kids he decided we all should be together and his wife agreed. Things have been cool for the last 8 months. I recently found out I was pregnant and I’m so happy and so is he. She, on the other hand, seems to be treating me differently. We are not jelling the way we were and I don’t understand. I was thinking maybe I should move out, what do you think?

I think somebody’s gotta tell you, so, it might as well be me—your boyfriend’s wife doesn’t like you; she never has, but she's in “crazy” love with her husband. Unless I’ve been hit by a midnight train to Georgia and forgot about it, I can't think of one woman, who willingly wants to share her husband. That doesn't mean she won't do it, just trust me when I say, that wouldn't be her first option. Nope, girl, a “clear headed, got it going on, ain't got no time for foolishness” woman requires her man to love her with his whole heart, but that's not what we have here.

Don’t get me wrong, if an open marriage is what you seek, more power to you, but that’s not what you’re talking about. You and he had a long-term “on-again, off-again” relationship, that didn’t work. In my book, that makes this something else.

Your threesome has just become one too many, so I'd suggest you sleep with one eye open. If Mrs. #1, (um, that’s right) isn't as happy as you are about the pregnancy, clearly, she will soon bring this train ride to an end. The question is, will she ask you to transfer or make it your last stop. Then again, if she decides to disembark, hold off on your happy dance, ‘cause, to be truthful, you’ll never be enough woman for that man. He is using you and he is using her. One or both of you need to be sick and tired of being sick and tired—and shared.

My advice, move out of her house to your own place and make your baby a priority. There are no if, ands or buts about it. Sometimes it's difficult to love ourselves the way we ought but mothers can love their children better than they love themselves, you’ll see. That, my dear, needs to become your new problem. As a matter of fact, you and I need a telephone call, email me your number.

Meanwhile, I hope you realize you're sleeping with the frenemy and you don’t even know it. Recognize and identify your worth, grab ahold of it. Your sweet new baby needs you to “woman up.” Kick that brainwashing, cheating, deceiving holder of your heart to the curb. He’s used up enough of your time.