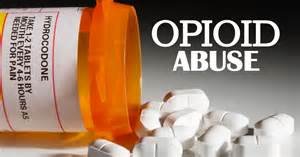 Lt. Gov. Evelyn Sanguinetti, several state agency officials, stakeholders, and advocates recently helped release the State of Illinois Opioid Action Plan. A coalition of state agencies has developed a strategic framework that outlines what Illinois needs to do to address the opioid crisis and why it needs to be done.

“The opioid epidemic knows no neighborhood, no color, and no class. It is not confined to alleys in urban settings, nor isolated in rural communities,” Lt. Gov. Sanguinetti said.

Gov. Bruce Rauner has signed an executive order creating the Opioid Overdose Prevention and Intervention Task Force which will look at strategies to prevent expansion of the opioid crisis, treat and promote the recovery of individuals with opioid-use disorder, and reduce the number of opioid overdose deaths. The task force will be co-chaired by Lt. Gov. Sanguinetti and Dr. Nirav D. Shah, Director of the Illinois Department of Public Health.

“The death toll continues to rise exponentially, and, if left unchecked, estimates show that more than 2,700 people in Illinois will die from opioid overdoses in 2020,” Dr. Shah said.

The goal of the plan is to reduce the anticipated number of opioid-related deaths by 33 percent in three years and identifies three areas of focus: prevention, treatment/recovery, and response.

To address those three areas of focus, the state has identified six priorities:

• Safer prescribing and dispensing of opioids