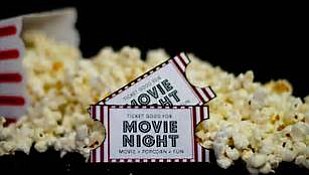 Chicago - The Chicago International Film Festival has announced the 16 films

selected for the International Competition category, a selection of outstanding

films competing for the Festival’s top honor, the Gold Hugo. Eleven of the 16 films

The Competition is rounded out by a collection of internationally celebrated,

their storytelling and their powerful emotional resonance. It is very exciting that

a number of Festival favorites are returning with their most recent work, as we

continue to trace their careers,” said Artistic Director Mimi Plauché. “Be it the

streets of Kinshasa, a small Georgian village, the borderlands between the Ukraine

and Slovakia, or the highways of Los Angeles, each film has a unique flavor in its

specificity of place while telling stories that have universal reach.”

The following films will compete for the Festival’s top honor, the Gold Hugo. The

In this compelling, relatable drama, writer-director Khlebnikov trains his frenetic

lens on Oleg, a hard-charging, rule-breaking Russian paramedic determined to save

lives at any cost. But the stressful nightly calls fuel a destructive alcohol

dependency, which, in turn, threatens his marriage to a promising young doctor.

Beneath Oleg’s brash exterior lies a punishing self-doubt, but love offers a chance

at redemption. Russian with subtitles. 116 min.

Rwandan genocide and brings her back to Europe, where 23-year-old Claudine hopes to

build a new life. But the lure of Africa proves too strong—only there can either

woman come to terms with the tragedies they witnessed. With rich, nuanced

performances and evocative storytelling, Kos-Krauze crafts a bittersweet story about

the circuitous routes of healing. Polish, English, Kinyarwanda with subtitles. 113

In his follow-up to the arthouse hit Tangerines, Urushadze tells the story of a

small village closer to the church. After a screening of Some Like It Hot, the

residents note the resemblance between a local music teacher and Marilyn Monroe.

When Father Giorgi meets the siren in question, even he is not immune to temptation.

Kinshasa bar. Her fiercely guarded independence is threatened after her son is

involved in a life-altering accident, and she must find a way to pay for his care. A

love letter to persistence and the power of song, Félicité is buoyed by one woman’s

irrepressible spirit in the face of overwhelming odds. Lingala, French with

In this intoxicating L.A.-set neo-noir, Lola Kirke (Gone Girl) stars as Jill, a

personal assistant to a Hollywood starlet (Zoe Kravitz). When the young actress is

found dead, Jill sets out to investigate the murder and prove her own innocence. But

Gemini is much more than its mystery plot and cool, sleek surfaces: Indie auteur

in the City of Angels. 92 min. Also screening in International Film Noir.

When her husband is imprisoned, Hannah (Charlotte Rampling) is left alone with her

loneliness. Saddled with grief, she watches as the life she knew slowly slips from

her grasp. Anchored by a quietly ferocious performance from the always captivating

Rampling, Hannah is an intimate exploration of character and alienation in the face

Cigarette smuggler Adam is squeezed from all sides in this entertaining, fast-paced

thriller. His eldest, unmarried daughter is pregnant, and his gang is pushing him to

expand into the narcotics trade—cargo Adam steadfastly refuses to transport.

locations, and a propulsive score, The Line is an exemplary crime drama that never

Tehran-native Reza moves to the countryside to establish a goldfish farm, but in the

dusty town where he settles, a powerful corporate entity calls the shots—and has

designs on his property. Clandestinely shooting in the north of Iran,

Cannes award-winner Goodbye): the means by which an authoritarian regime succeeds in

the evolving relationship between an odd couple in modern-day Helsinki: Khaled, a

attempts to get a new restaurant off the ground, he forms a wry kinship with the

self-effacing refugee. Set against a harsh backdrop of anti-immigrant violence, this

In this taut psychological thriller, Camilla, a psychotherapist, has arrived in

Brazil to study the effects of violence on society. Glória, hoping to work through

her troubled past growing up in a favela, comes to Camila as a patient and

in Cinemas of the Americas.

In this off-kilter riff on Double Indemnity, the maverick filmmaker (Headshot)

obsessed with a charismatic Buddhist cult. When her husband pressures her to succumb

to the sect leader, the actress meets a mysterious stranger who offers up a risky

way out. An idiosyncratic thriller, Samui Song blurs the lines between fiction and

In a small Sicilian village on the edge of the forest, Giuseppe, a boy of 13,

vanishes. Luna, a classmate who loves him, refuses to accept his mysterious

disappearance. Rebelling against the code of silence and collusion that surrounds

them, Luna plunges into the criminal underworld that has swallowed him up. Only

their indestructible love can save them both. With its heady fusion of gothic

fantasy and Mafia thriller, Sicilian Ghost Story is a unique, atmospheric fable of

A doctor desperate to experience motherhood, Malena journeys to a remote province in

northern Argentina to adopt a baby girl illicitly. An outsider in this isolated

community where many live hand to mouth, Malena is emotionally unprepared for the

additional financial demands made by the child's biological family. But she is

determined to take home the newborn, whatever the cost. Lerman skillfully lays bare

the social, psychological and ethical complexities at the heart of his harrowing

drama. Spanish with subtitles. 95 min. Also screening in Cinemas of the Americas.

In Trier’s follow-up to the critically acclaimed Louder Than Bombs, shy college

student Thelma moves away from her religious family to attend college in Oslo. After

experiencing a violent seizure, she becomes powerfully attracted to Anja, another

woman on campus. As her passion becomes all-consuming and her behavior increasingly

reckless, her seizures—a manifestation of some inexplicable paranormal

abilities—intensify. Soon, Thelma must confront the terrifying implications of her

In this magical-realist reverie set in 1970s Mexico, Carmen (the mesmerizing Dolores

Fonzi) and her young children, Ana and Daniel, are reeling from an unspoken trauma.

As the family learns to cope—returning to school, socializing with friends—they are

as we experience their pain, their sorrows and their joys. Spanish with subtitles.

In this gripping, politically-charged drama from the award-winning director of The

Ciotat in Southern France for a writing workshop with local teenagers. There, she

develops a troubling relationship with Antoine, a combative student whose tales of

imagined violence and support for extremist ideologies raise alarm bells. But her

at AMC River East 21 (322 E. Illinois). Tickets go on sale to Cinema/Chicago members on Wednesday, September 20 and to the general public on Friday, October 22. Tickets are available by calling 312-332-FILM (3456), online at chicagofilmfestival.com, at the Festival Box Office at AMC River East at 322 E. Illinois Street, and at the Festival Pop-Up Box Office at 400 S. Dearborn.