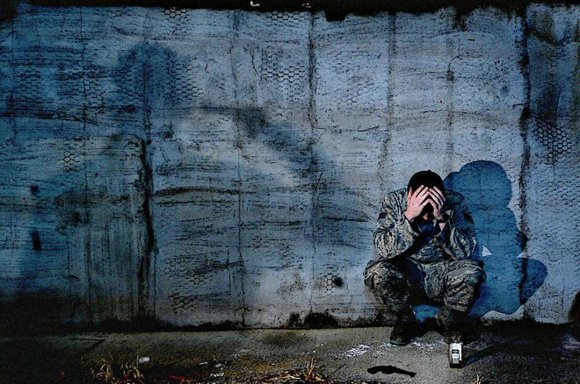 Suicide Prevention Week may have been September 10th through the 16th, but as Will County Health Department Behavioral Health Director Dr. Joseph Troiani emphasizes, this prevention must be practiced every single day.

Although there is much talk in the media right now about gang shootings and growing drug problems, deaths due to suicide are often hidden in the background. But statistics have shown that the U.S. suicide rate is now at a 30-year high. Troiani pointed out that one federal data analysis found an increase in each and every age group except older adults.

Is this because we are in “harder times?” Doctor Troiani says these are certainly unique and different times, as all eras are, but not necessarily harder. “There is really no sense in ‘euphoric recall to better times.’ If you go back to 1922, for example, it was not a wonderful time. Our biggest worry might have been that one of our children might die of influenza, or even that that whole family could be wiped out.”

Dr. Scott DuBois, Adult Program Manager for Will County Behavioral Health, says one reason for a lack of focus on the spiking suicide rate is that the media does not put enough attention on it. “What we see on the news so often is shootings and violence, and people respond by saying ‘we must do something.’ But with suicide there is still such a stigma around it. The myth is that if you report on it or talk about it, you’ll immediately have a bunch of copycat action. The much larger, real truth is that you need to talk about it. You need to engage and educate the public. If the issue is not publicly addressed, the stigma remains and we don’t learn anything.”

In today’s world, one group very much prone to suicide attempts continues to be

adolescents. Dr. Troiani says “there are certainly lots of enablers to that;” such as social media, bullying, or an important factor he calls a “lack of interaction.”

“Kids need involvement,” Dr. Troiani explained. “Whether it’s with scouting, sports, the faith-based community, or other areas where they can find support. But now, they are often all alone with their cell phones, building relationships with someone ‘out there in the cloud’ rather that someone ‘on the ground, in front of them, actually there in reality.’ Then if they find themselves in a crisis, they are often all alone.”

Dr. Troiani says as these students approach college age, any involvement with tobacco, alcohol, or marijuana can be a “red flag” that they are having trouble with reality, and may follow these “gateway drugs” into harder drug use that can lead to more hopelessness if they feel themselves in a “no way out” situation.

“Suicide attempts occur when someone is in ‘option reduction’ mode,” Dr. Troiani said. “Perhaps they don’t have a good support network of interaction, and they feel their only way out of their problems is to end their life.”

Dr. Troiani is quick to say that the atmosphere in someone’s home can make all the difference in the world. “For example, suppose a kid has an understanding with their parents that if they’re in a dangerous situation; they can pick up the phone, call home, and their parents will come and pick them up, no questions asked, and then they’ll talk about it later. If they do, you go from an atmosphere of the kid being afraid ‘the parents will react negatively’ to ‘the kid knows the parents are there for them.’”

Dr. Troiaini says that kind of positive adolescent-parent relationship can make all the difference in the world when it comes to avoiding hopelessness that can lead to suicide. Expanding upon that, Dr. Troiani says this is especially important for youngsters struggling with their sexual identity or orientation. If the parents are understanding and show encouragement, the son or daughter will feel they have more of a support network. But if the parents show anger, an already tough situation for transgender students then becomes more challenging. If the kids don’t have the heartiness to build their own support network, results can be devastating.”

Another area where suicide is getting scarier is the military. Dr. Troiani, a Veteran of the U. S. Navy, points out that in 2016 there were more deaths to active military personnel by suicide than by “actions of the enemy.” It has always been important, Dr. Troiani says, to recognize what a traumatic experience, or a traumatic head injury, can do to someone who has served in the military. Their families, and their doctors, must have knowledge of this.

In conclusion, Troiani pointed out that it’s important for everyone, kids and adults, to be observant about sudden changes in the people in their daily lives. If a student, for example, sees a disturbing change in their mother, father, or a sibling, they need to be comfortable enough to speak with a teacher, coach, or school counselor. “We have found,” Dr. Troiani stated, “that students who have good relationships with their teachers are better able to speak with adults about things like this.”

For more information on suicide prevention, you can go to the American Foundation for Suicide Prevention website at https://afsp.org/.

In addition, information about how to earn a “Mental Health First Aid” kit, which provides knowledge in how to identify someone with a mental health problem or crisis and how to intervene and offer assistance, can be found at mffa@edward.org.